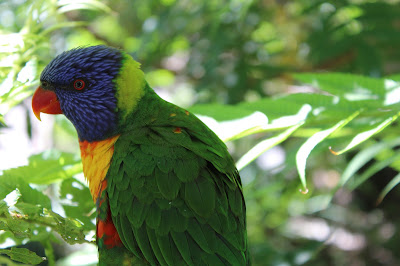 As comedy is a relatively small part of the shows we saw this year, I'm grouping all companies together, without tiers (Large, Small, Micro).  I know that this may seem somewhat arbitrary and unfair.  Even so, I think it works.  Small companies were well represented among the nominees.

Actors, actresses, and companies are welcome to print the certificates below.  The platform for the certificates is Microsoft PowerPoint.  If the resolution is not good enough, please contact me at bilweeler@gmail.com.  I will make the original PowerPoint images available to you via email or dropbox.com.

Finally, it is inevitable that awards create fewer winners than runners up.  Please understand that the decisions are difficult, and the results are my best judgments of all the shows I saw. In my view, you are all "winners."

A.  The nominations for Best Comedy were: 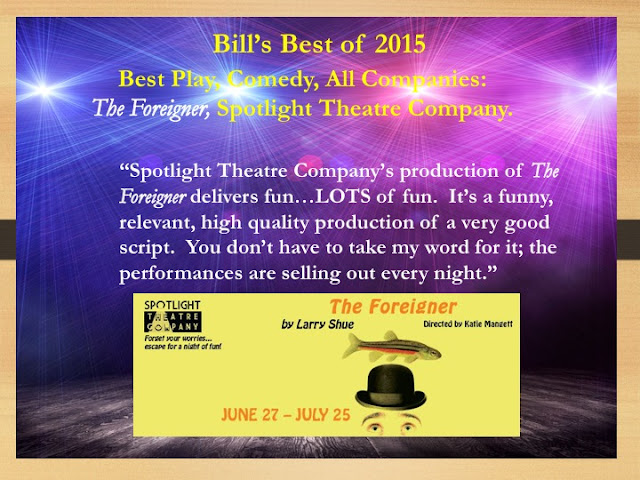 
B.  The nominations for Best Actor, Comedy were: 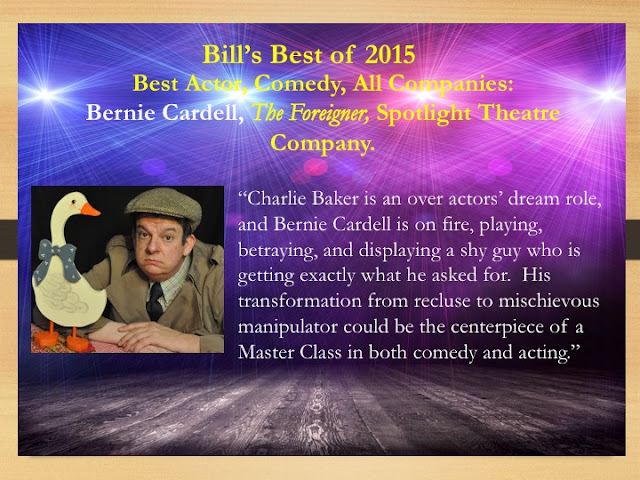 C.  The nominations for Best Actress, Comedy were: 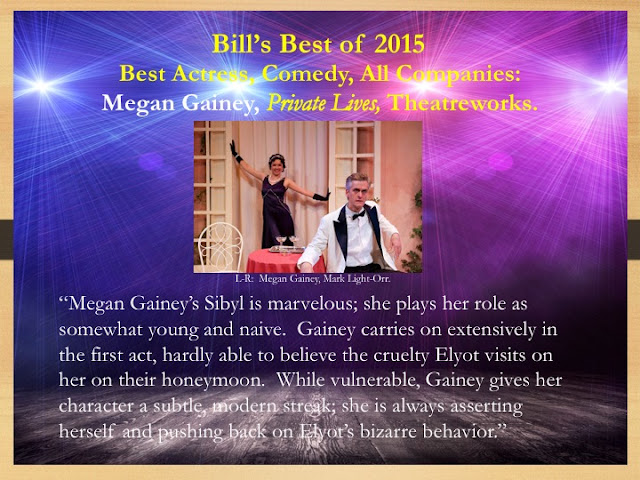 D.  The nominations for Best Supporting Actor, Comedy were: 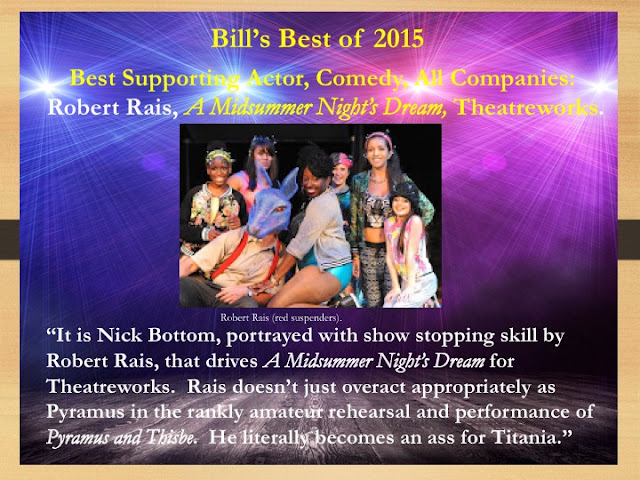 
E.  The nominations for Best Supporting Actress, Comedy were:

4.  Rebecca Meyers as Anabelle Schmidt and others, The 39 Steps, Thin Air Theatre Company. 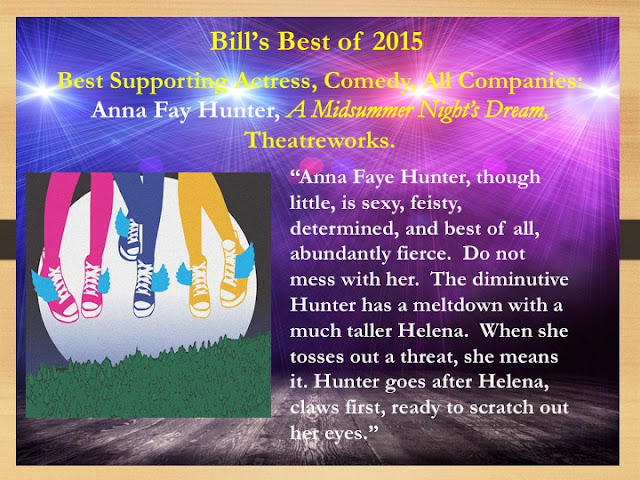