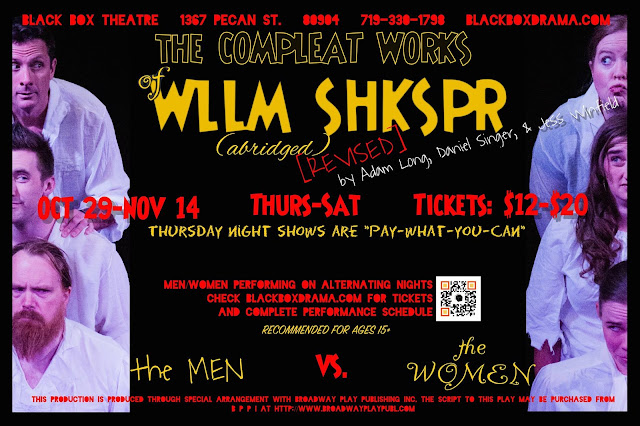 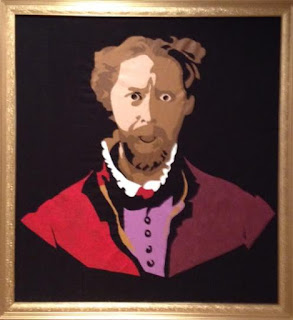 If “brevity is the soul of wit,” then condensing all of Shakespeare’s 37 plays into two hours and fifteen minutes should create a cornucopia of highly compressed wit.  And it does.  I can assure you that The Compleat Works of Wllm Skspr (Abridged) (Revised) (hereafter CWWS) is wit gone wild.  It’s not just witty.  It’s laugh out loud funny, it’s intense, and despite the sanctity of the source material, it’s respectfully irreverent.  Rolling up all of Shakespeare’s work into a single performance is the very definition of ‘brevity,” and Black Box delivers abundant wit and some wisdom in the process.

“Complete” (or “Compleat”) might not be the most accurate description, but “Abridged and Revised” definitely apply to Black Box’s current production.  You will see a LOT of Shakespeare, abridged, and especially revised.  But be forewarned; this is not a passive experience.  CWWS includes a fair amount of improv moments, and the audience is always in on the fun.

Black Box is a bit outside of "the box” on this one, bringing not one, but two completely different casts to their stage in a single production.  Producer/Director Nancy Holaday gives us an all female cast and an all male cast, taking turns and alternating the performances.  Ironically, the casting here is a bit of a throwback to Shakespeare’s time, when only males were permitted to be performers (one of those ideas whose time has, fortunately, come and gone).  Holaday's version puts both the men and the women in drag.  The results are striking; both the male and the female casts make for fetching members of the opposite sex.  The real payoff, however, is that the men and the women have somewhat different interpretations of the script.

Holaday has assembled two very capable casts.  Local stage veteran Jenny Maloney anchors the female cast, and her experience shows.  She orchestrates the ladies through numerous costume changes and multiple props without skipping a beat.  Megan Rieger brings some scholarly gravitas to the troupe as the “preeminent” Shakespeare scholar.  Katie Harmon is a master of overacting (in a good way); she makes scene stealing a high art.  Conveniently, she also looks great with as a guy.

Jim Sharp is a smooth operator, quarterbacking the guys through their persistent mischief.  Dan Kifer and Dana Kjeldsen give him all he can handle.  Kjeldsen is the serial cross dresser in the male cast, and he reminds us how women were portrayed by male actors in Shakespeare’s day.  To his everlasting credit, Kjeldsen makes the women in the all male cast come alive.

I mentioned that “revised” is part of the title.  Consider that truth in advertising, and fair warning that the authors have taken some liberties with their source material.  How about Othello…done as a rap song?  Or Titus Andronicus done as a “Gory Gourmet” cooking show?  And that’s just Act 1.  Act 2 is an extended mashup of Hamlet, and includes a skull that will bounce like a basketball when dropped or thrown.

There’s some serious spin on the original work, all done with a spoonful of respect for the source material.  But fear not, theater lovers; you will not have to suffer the “slings and arrows of outrageous fortune” at CWWS.  Rather, you will have good fortune and a very good time.

If you are wondering whether you should see the men or the women at CWWS, I’m not going to go there.  Sorry.  No matter which cast you see, you will be amused, entertained, and glad you didn’t miss this one.  This is a Black Box comedy hit, no matter which cast is on the stage.  Whether you are a member of Shakespeare’s official fan club, whether you have no idea what iambic pentameter is, or whether you think the Bard was a  pretentious highly overrated snob, you’ll love CWWS. 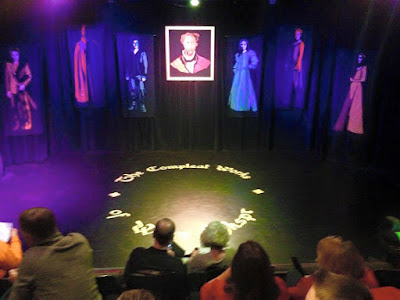 This show is appropriate for all ages, but young children (and perhaps some adults) may not have enough experience with Shakespeare to appreciate the humor.  There is ample free parking at the theater and on surrounding streets.

Colorado Mountain Brewery at 600 S. 21st Street is close (less than a 5 minute drive to/from the theater), and it’s fun.  It’s a classic Colorado Springs location; it was the Roundhouse for local train traffic before it became the Van Briggle Pottery store.  Now the site of an upscale brewpub, the menu is varied menu and includes their own craft beers.  I had the Old 59er Amber, which was very good (and not too hoppy).  Roxie prefers the dark brews, and had the Monumental Stout.

The Pretzel and Beer appetizer had a pleasant surprise; one of the two giant pretzels is stuffed with melted cheese.  Highly recommended.  The food menu is typical brew pub stuff, but it includes pizza.  The crust is somewhere between thick and thin, which for us was just about right.  They are generous with toppings, and it turned out to be a tasty pre show dinner.