This is a huge loss for the Colorado Springs theater community.  Murray Ross, Artistic Director at Theatreworks, was one of a kind.  He built Theatreworks from the ground up, branding it with his personal passion, energy, and flair for innovation.  He will be fondly remembered and sorely missed by all who knew him and his work.

I didn’t know Murray well; we never sat down and had a beer.  I met him in person just once.  Like most of us who follow live theater in Colorado Springs, I knew Murray best through his work.  His impact has been both immense and unforgettable.  The proof of his genius and his humanity came to me in two remarkable experiences, one onstage and one offstage.

1.  The first Theatreworks show I saw (on March 13, 2013) was Everyman on the Bus.  My late wife Linda was a Henry Judge, and she was assigned to judge Everyman for the Colorado Theater Guild.  Little did I know how transformative that show, and Director Murray Ross, would be for both of us.

Everyman on the Bus was not just one of the most creative and profound performances I have ever seen, although it certainly was that.  It was also a perfectly timed message to my wife Linda and I about life and death.  Linda had terminal breast cancer, and she would be gone just 60 days after Everyman.  The play greatly affected both of us; it gave us context and strength for what we would endure in the following two months.

The music for Murray’s Everyman production included contemporary songs that spoke to life and death:  Knocking on Heaven’s Door (Bob Dylan), That’s Life (Frank Sinatra), and especially, Awake My Soul (Mumford and Sons).  Linda had a burning passion for theater.  The lyrics for Awake My Soul gave her comfort in her last days, just as they now help us appreciate Murray’s life:

Murray invested his love, and his life, in his work.  That investment has brought abundant rewards to all of us.

2.  As many readers of this blog know, the constant travel and writing commitments for Theater Colorado have grown substantially since it’s humble beginnings back in 2012.  In May of 2016, I announced that I would no longer be able to meet those commitments.

When Murray Ross heard that Theater Colorado was going away, he reached out to me via email.  His message was a heartfelt thanks for all I had done, and a plea to continue writing for Theater Colorado.  Rather than covering ALL of Colorado, Murray suggested that I limit my writing to just the Colorado Springs area.

As I mentioned above, I met Murray only once.  It was on July 28, 2016, at Rock Ledge Ranch, just before the opening performance of Antony and Cleopatra.  I saw him and his wife Betty, killing time before heading into the tent.  I walked up and introduced myself and my wife Roxie.  Murray was as gracious, as friendly, and as compelling as I expected.  Of course, he reminded me that he wanted Theater Colorado to continue.

We are all grieving this loss, but also celebrating his life.  He made a difference in our lives.  That’s an enormous accomplishment, and one that we can all aspire to achieve.  So I’m sending my sincere condolences to Murray’s wife Betty, and to their families, friends, and many admirers.

Murray’s influence was much broader than just his family and friends, though.  So thanks, Murray, for all you have done.  We will grieve for you, and we will celebrate your love, your friendship, and your many accomplishments.  We are better people for having known you, and Colorado Springs is a better place for having had you and your gift of wonderful, inspiring theater. 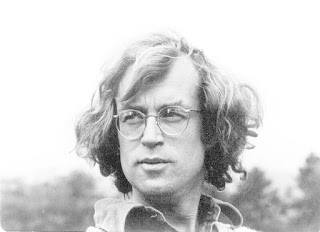 Theatreworks has scheduled a celebration of Murray Ross’ life for Thursday, January 19 at 5:30 PM.  Parking is free in all campus lots for this event. Here's the campus map: http://tinyurl.com/zs9dhuk.

An endowment fund has been established in Murray Ross’ name.  Donations can be made here.

Murray appreciated my work for Theater Colorado/Theater Colorado Springs, even when I took issue with some of his work (see Ludlow, 1914 and Antony & Cleopatra).  That’s class.  Since he had such an impact on me personally, I’m including the links below.  These posts document the last few years of Murray's extraordinary work.

This show and this life closed on January 3, 2017.  The standing ovation continues.

Photo Credit:  Facebook/Murray Ross
Posted by Bill Wheeler at 8:02 AM