Girl of the Golden West 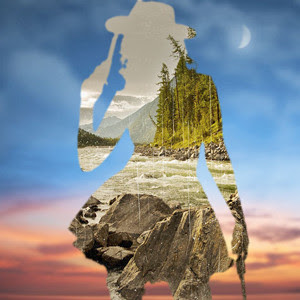 Melodrama has a rich but dwindling history in the Pikes Peak region.  As John Moore put it a while back, “Once a staple of the American West, this pop-culture oddity (melodrama) is now a damsel in distress.”

Theatreworks’ Girl of the Golden West (hereafter Girl), is a bit of a throwback to an era that is slipping away.  While Girl is not a traditional melodrama (you will NOT be encouraged to boo and hiss at the villains, nor is it always even clear who the real villains are), the resemblance is still striking.  It’s a “good versus evil” plot (with some twists), with an emphasis on emotion, danger for the damsel in distress, and musical accompaniment.  Fans of Iron Springs Chateau in Manitou Springs will immediately recognize the resemblance.

There is something special here, something beyond the standard melodramatic fare.  Girl is an early 20th century (it premiered in 1905) script that takes on frontier culture with a femininist twist.  Girl was playwright David Belasco’s second biggest achievement, after his stage adaptation of Madame Butterfly.  Had he not produced Madame Butterfly, Girl would have been a considerable if somewhat obscure legacy for Belasco.

Girl is a story of the Girl (Minnie, portrayed here by Caitlin Wise) who runs the Polka Saloon, gambling parlor and Academy.  She’s the only woman in the room most of the time (Madison Barker plays her native American servant Wowkle, the only other woman in the cast), and she’s constantly dealing with a rag tag bunch of guys mixing testosterone and alcohol into an explosive brew.  She has to be tougher than the miners who drink, play cards, and fight constantly.  Caitlin Wise is a small woman, but she towers over the men in the cast through the sheer force of her personality.

The motley male crew of cowboys and miners are typical melodramatic characters: exaggerated and emotional but not very sophisticated.  They no longer go by their actual names, which have been replaced by nicknames like “Handsome Charley” (Emory John Collinson), “Trinidad Joe” (Danny Bristol) and “Sonora Slim” (Bernie Kluszewski).  They tend to blend together, with two exceptions:  Sheriff Jack Rance (Jon Barker) and a villain named Ramirez (Michael Gonring).

Both Barker and Gonring do a marvelous job of messing with the melodrama formula; they are simultaneously somewhat good and somewhat evil.  Barker’s Sheriff is more interested in vengeance than justice, and Gonring’s Ramirez is willing to change his evil ways for love.  Their mixed motives set Girl above and apart from the melodrama mold.

Gonring is especially winsome; his Ramirez is a very appealing villain.  The chemistry between Gonring and Caitlin wise is palpable.  She resists, but we can easily see that resistance is futile.  Gonring’s charm could win over any woman.  The question we have is whether the Girl will be his lover or his next victim.  You will have to buy a ticket to get the answer.

All of which is to say that in a cast of 17 men, it is The Girl that matters.  Caitlin Wise is alternately a dominatrix and a doe eyed teenager.  She can rule over every guy in the Polka Saloon and yet surrender to seduction when Ramirez shows up.  Wise has a punchy delivery with an exaggerated accent, and she struts around like she owns the place (which she does).  She doubles as the teacher at the “Academy” in the back of the saloon, and she is one tough tutor.  Her all male class reports for the first day of school in Act III.  She starts by inspecting their hands, which are filthy.  She throws them all out of the room with instructions to clean up before coming back.  The men, heads down, march out of the room and dutifully comply.

Wise’s performance is extraordinary; she’s the woman I’d like my daughters to become (and one has).  She’s strong, fierce if needed, but vulnerable and loving as well.  She shows us what it takes to be a woman, not just a century ago, but today.  If women are going to succeed in board rooms, class rooms, in relationships, and in life, it is because they have at least some of The Girl’s qualities.

I mentioned earlier that there is one other woman in the cast; Madison Barker as The Girl’s native American servant.  She has relatively few lines and limited time on stage.  Still, she steals a critical scene.  After the class returns with clean hands, The Girl asks someone to sing “My Country ’Tis of Thee” to start the school day.  None of the male students volunteer.  That’s when Barker, sitting in the back of the room, starts singing, a capella, a poignant, beautiful version of the anthem.  It’s a stunning moment.  The woman, the servant, the native American stands tall where the men just fumble and mumble.  It is a striking irony that she is the one who knows the words and sings the song.  And it’s another reminder that strong women are often exactly what men need.  Barker, by the way, is honoring her own native American heritage here.

Set Designer Russell Parkman has created a stunning stage from recovered distressed wood and surrounded it with real pine trees.  From the moment you walk in the theater, you are immersed in a saloon, high in the forest.  Parkman’s set changes for each act, from saloon to a cabin and finally to a classroom.  It’s functional, it’s realistic, and it’s beautiful.  I should also add that it’s a large set, and limits the number of seats that will fit into the Dusty Loo Bon Vivant theater.  I didn’t count them, but I’m pretty sure there are fewer than usual.  The effect is to bring the audience closer to the stage and the set, creating a very intimate experience.

Melodramas feature music, and so does Girl.  Travis Duncan (concertina), Mark Arnest (piano) and Cohain Bailey (“musician”) provide an authentic soundtrack that sets the mood to “Pioneer.”  Murray Ross’ direction is notable for two reasons:  1) three hours zip by, and 2) he accurately understands and conveys the importance of the women in the Belasco’s story.  Gypsy Ames has created an array of period appropriate costumes, and in the intimate setting of Girl, her details stand out.  By that I mean that The Girl’s outfit in Act III is plaid, and the seams are invisible because care was taken to hide them in the pattern.

Theatreworks Girl rises above the ordinary.  This is a gem.  They have taken an obscure script from a century ago, dressed it up in a beautiful set, and zealously brought it to life.    It’s a powerful story for women…and for men.  I expected melodrama.  I didn’t expect inspiration.  It’s always a great experience when we get so much more than we expect.

This show is suitable for all ages.  Despite the signage, there is free parking in the parking lot outside the building.