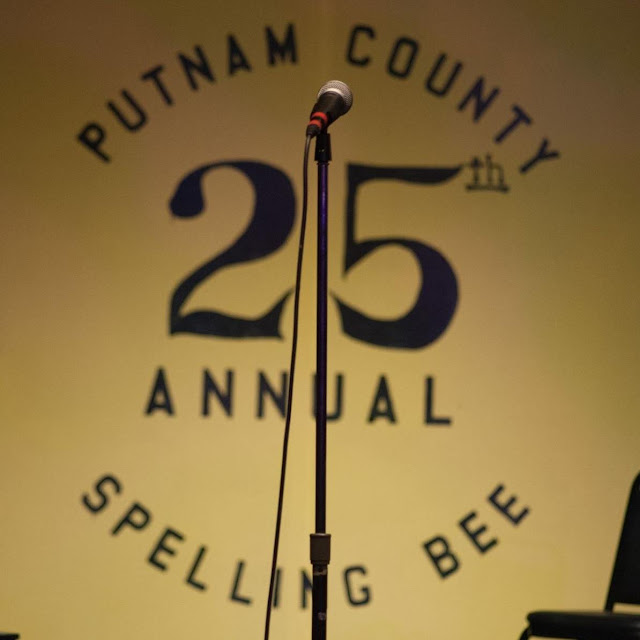 I admit it.  When I was in junior high school (ditto for high school), I was not a jock.  I was a nerd, meaning that I was near the bottom rung of the social order.  Jocks and cheerleaders ruled.  Nerds had somewhat more prestige than slackers, but it was a close call.  The 25th Annual Putnam County Spelling Bee (hereafter 25th Annual Bee) reminded me that spelling bees were the Super Bowls for kids who weren’t good at sports. (And they probably still are the Super Bowl for those kids.)

Equinox Theatre Company is bringing back the bee, and it’s a fun, if painfully accurate, mix of puberty and tween angst on hormones.  The 25th Annual Bee is a musical comedy that hits all the right notes while delivering big laughs.  The Equinox production is a hoot and a half.

The cast here is obviously having fun on The Bug stage.  One gets the sense that they have all had the appropriate middle school experiences, as they enthusiastically melt into their characters.  You may recognize yourself in these kids.  William Barfee (or Barfée, as he says), played by Dale Schuetz, is a brilliant but socially inept nerd who makes the finals.  Logainne Schwartzangrubenierre (Katherine Foote in a role seemingly made for her) is a know it all political activist with two dads.  Marcy Park (Tiffany Sieu) speaks 6 languages and spells very well.  Chip Tolentino (Kalond Irlanda in a boy scout uniform) is a former winner with hormone issues. Olive Ostrovsky (Emma Maxfield in coveralls yet somehow sexy) is insecure but still makes the finals.  Leaf Coneybear (Andrew Alber in a goofy getup) is more artsy than academic.  It’s kind of a hodgepodge of middle school stereotypes, mashed up for maximum laughs.

And that’s just the kids. 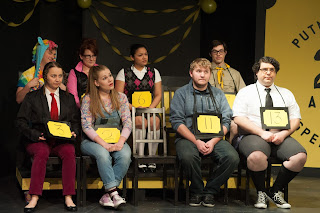 The adults in the room include Vice Principal Panch (Mike Moran, who bears a striking resemblance to Raiin Wilson in The Office), and Rona Lisa Peretti (Jen Morris, who commands the stage whenever she has a line).  Rona is the moderator of the Bee, and VP Panch is the announcer who will give contestants a definition and/or use the word in a sentence.  Moran’s “Dwight Schrute" of The Office is exactly the right touch for his role; he’s goofy, nerdy, and yet proud of his meager achievements.  He’s been out of the Bee circuit for five years, after some unclear event that went badly for him.  He’s better now.   Moran has some hilarious lines, as he makes up nonsense sentences for the contestants.  Morris, for her part, is sensitive and a former Bee winner herself.  She’s an excellent choice
for the role; she can sing lead with the best in town.

Oh.  And there’s one other adult in the room:  Mitch Mahoney is played by Adam Kinney, who brings his impressive resumé to The Bug.  Mahoney is “volunteering” to comfort the losers with a hug and a juice box.  Kinney looks the part; he’s a tough guy who never smiles but dutifully does his time for community service.  Kinney sings as well, and we are all better for the experience.  His deep, golden tones blend beautifully with his two colleagues, Jen Morris and Emma Maxfield, for “The I Love You Song” in the second act.  The trio puts together a smashing version of the tune; the blending of their voices is unquestionably the best musical point in the Equinox production.

Of course, a musical requires a talented orchestra, and Equinox has exactly that under the capable direction of Michelle Fitzgerald.  Set and Light Designer Colin Roybal (he’s also the director) has created a simple but effective gymnasium for the cast, complete with a basket for shooting hoops.  Roybal then lights that stage effectively for spelling, solos and numbers involving the entire ensemble.  The cast is miked, so Roybal has control of the audio levels of the actors and the band.  It works.  The audio was well mixed for all the sources.

The 25th Annual Bee sports an interesting twist; 4 audience members join the cast on stage as additional spelling contestants.  So, a “heads up” notice might be helpful here.  You may be recruited for your (presumably) debut performance in a musical.  Don’t worry; you won’t have to sing.  Just spell.  And, it should be noted, no audience members were harmed in the process.  Look at it this way:  the 25th Annual Spelling Bee could be your big break.

Equinox has perfectly captured both the youthful exuberance of the characters as well as their adolescent anxiety.  I knew kids like these, and to some extent, I could see myself in their faces.  The 25th Annual Putnam County Spelling Bee is a great blend of music, mischief and laughter.  It won two Tony Awards in 2005 (six nominations).  Equinox may collect some awards as well with this production.

Despite the middle school setting, there is some adult language and some adult content.  Use discretion for younger teens.

Patsy’s is the oldest Italian restaurant in Denver, and it’s right across the street.  Highly recommended for the food, the price, the service and the proximity. 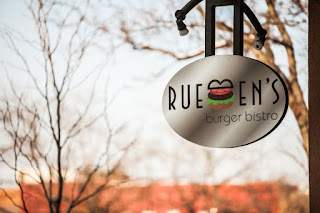 We were traveling from Boulder for 25th Annual Bee, so we ate at Rueben’s Burger Bistro, 1800 Broadway before we left.  With 42 draft beers available, you shouldn’t have any trouble finding a beverage to go with your burger.

The menu has bicycle themed burgers; I had The Spoke (blue cheese, Applewood smoked bacon, ground pepper).  It was excellent.  My only issue with Rueben’s is that parking in downtown Boulder is a huge challenge.