The Mary Miller Theater in Lafayette is a small venue with no more than 75 seats.  The stage area is tiny.  Actors have to access it from the lobby, which doubles as the “backstage” area, and from an aisle way that cuts through the audience.  All of which is great for the audience, as every one of the comfortable seats have great sight lines.

However, it seemed to me an unlikely venue for a large musical production with a cast of 17 actors and 6 musicians (hovering over the room in a small “sky pit”), but my skepticism evaporated minutes into the first scene.  The actors, the voices, the musicians, the dancers all come together to make this an entertaining night at the Mary Martin Theater.

Victor/Victoria is a gender bender musical; “Victor” is actually a woman (played here by Margaret Norwood) playing a man who is then playing a woman.  Confused yet?  You should be.  Victor is an out of work (and out of hope) soprano who is befriended by Caroll Todd (or “Toddy,” played by Erik Wilkins).  Toddy is gay and connected; it’s his idea to have Victoria sing secretly in drag as Victor.  As they say, hilarity ensues.

Margaret Norwood’s task here is huge; not only must she sing and act, but she’s also responsible for looking masculine and feminine and following Julie Andrews in this role.  Perhaps Norwood would see this as intimidating in retrospect, but fortunately, she was not intimidated when she got the role.  She pulls it all off…the singing, the double genders, and a credible resemblance to Ms. Andrews (although Andrews’ 4 octave range will probably never be seen again).

Norwood is particularly convincing as Victor; her male traits are on full display.  She has the gait of a man, and she delivers one of the best lines of the show with alpha male testosterone fueled attitude.  Asked by King Marchan (Donny Petro) what kind of man she is, she looks him in the eyes and gives him a perfect response:

“The kind that doesn’t need to prove anything to himself or others.”

From that point on, not a soul in the room doubts she’s a man, figuratively if not literally.

Donny Petro is dashing in his pencil thin mustache and his immediate devotion to Victor.  He knows Victor MUST be a woman; he’s never wrong about these things.  But faced with the totally convincing Victor, Petro shines as he ponders his predicament.  What if she’s really a man?  Can he love a man?  Should he love a man?  Petro is suitably conflicted.  He’s totally dedicated to Victor, and struggles to accept that he loves a man.

There are three other standouts here that I must mention.  Erik Wilkins (Toddy) is marvelous as Victor’s gay mentor.  Heather Murray Price (as Norma Cassidy) is a spark plug in a blonde wig; she struts her stuff and provides plenty of sassy, saucy lines to everyone in earshot.  Paul Sroka is the tough guy body guard for King Marchan, who totally turns to his soft side by the end of the show.

David Brandl’s band is terrific, providing the right notes at the right volume so as not to drown out the singers (who are not miked).  The band also did a great set before the show started, mixing some Henry Mancini instrumentals with a soulful version of Stand by Me.  It’s worth arriving early to hear these ladies and gents warm up.

Director Artemus Martin, with help from Madge Montgomery, checked off a box on his bucket list  of goals with Victor/Victoria.  He squeezed an orchestra into a small room (hung them from the rafters, so to speak), assembled a cast and crew with the requisite singing, acting, dancing, and technical skills, and managed all the minute details that go into a successful show.  Having goals is important, but achieving them is what really counts.  Martin achieved his goal to bring Victor/Victoria to Lafayette, and we all get to enjoy the fruits of his labors.

I should mention a couple of things that could be better as well.  There were a few times during the performance when the actors did not project their voices very well when singing.  Since they are not using microphones, they need to stay focused on making sure the fans in the back row can hear all the lyrics.

Also, actors entering and exiting from the audience (using an aisle) had to operate an imaginary door (complete with an actual doorbell).  I’d rather see some physical suggestion of an actual door, even if it’s just a frame over the aisle at the entry point.  The imaginary door distracted me several times, as I had started to watch for the actors to ring the actual doorbell and turn the imaginary door knob before entering what appears to be an open space.  I realize that this aisle is a feature (or a bug) of the performance space.  Perhaps for future productions, some kind of physical frame or barrier could be created to represent a door.

All things considered, though, Victor/Victoria is a LOT of fun, and that’s because of a spunky, bold and brave theater company.  Musicals are huge challenges for small companies; not very many take that challenge, much less meet it.  The Theater Company of Lafayette did both, and that puts them in some pretty rare company. 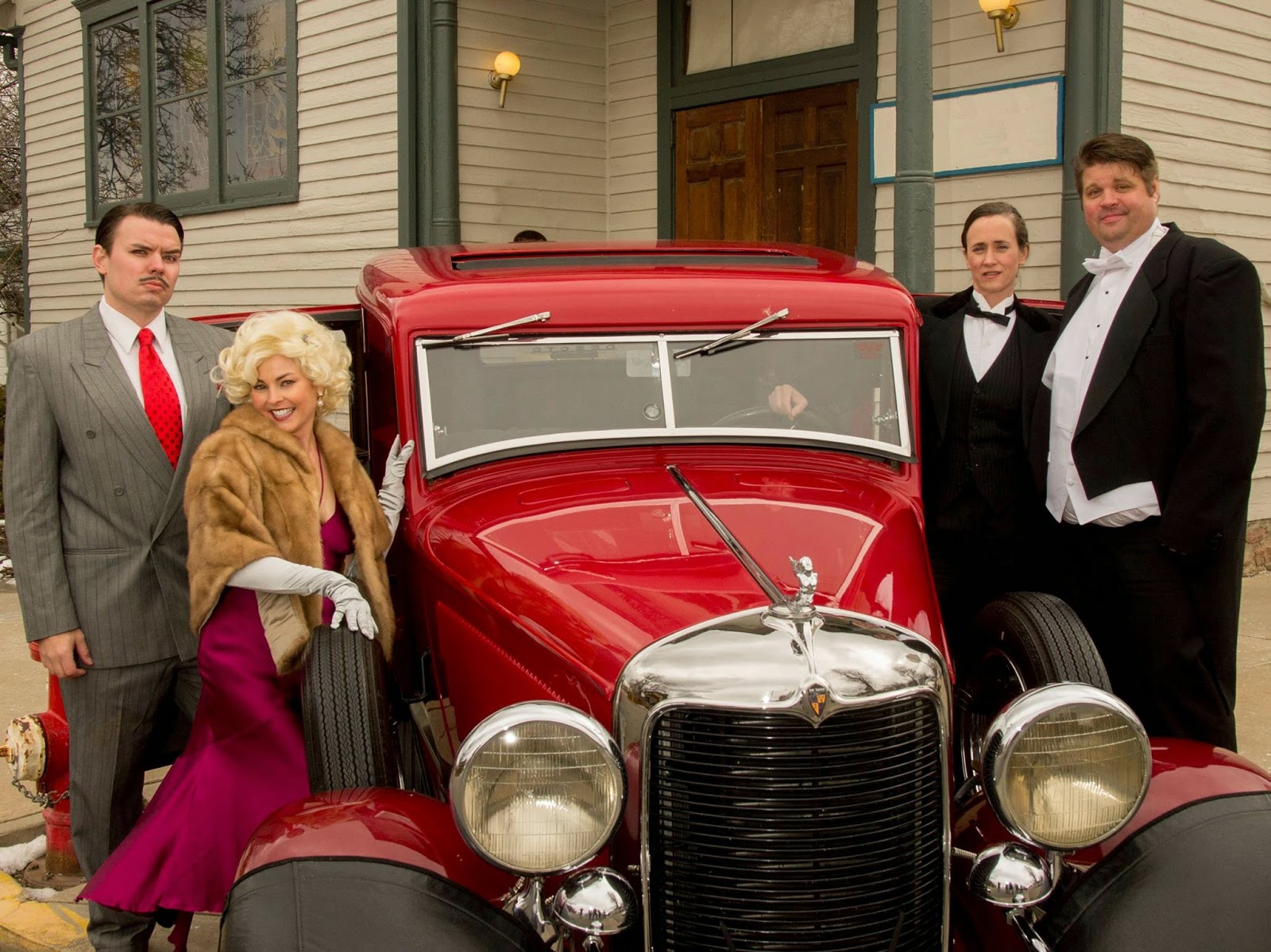 This show contains adult language and adult situations, as well as cross dressing and assorted gender bending and homosexual references.  Preteens may find it confusing.  Recommended for teens and up, but with parental discretion.

There is ample parking on surrounding streets.

I tried Odd 13 Brewing at 301 E. Simpson Street, Lafayette.  It couldn’t be more convenient, as it’s right across the street from the Mary Martin Theater.  It’s a tap room, so they don’t serve food (although you can buy chips for $1.00 to go with your beer).  They have food trucks daily; Suburban Weiners was on site and cooking up brats, sausages, and specialty dogs.  I had The Renter, a large cheddar brat with chipotle ketchup.  It was so good I thought about going back for seconds.  I paired it with a Doctor Cougar ($5.00/pint), a Petite Saison brew that’s smooth and tasty. 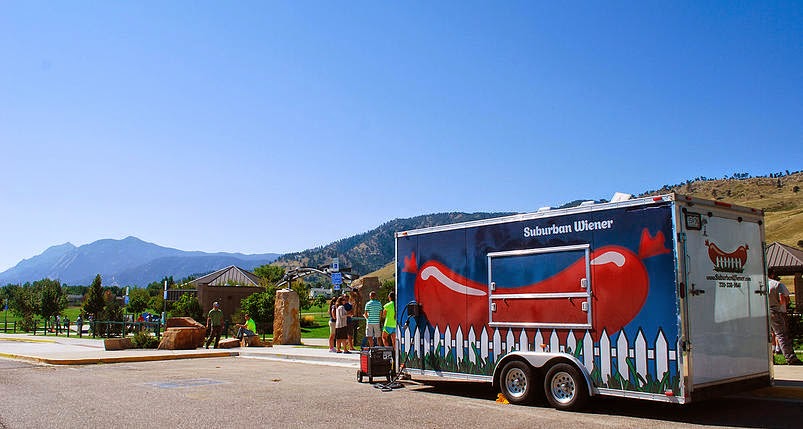 Odd 13 has a couple of large screen TVs; they were tuned to college basketball games while I was there.  There were some young families there, including kids who loved the hot dogs.