It's a Christmas show, and I guess that makes me Scrooge.  I'm rating this one "Bah.  Humbug."
If you think that the WYNOT Radio Theatre Show is an authentic 1940's radio theater show, let me set you straight now.  It's not.  Nor does it pretend to be authentic.
Rather, the WYNOT Radio Theatre Show is a mashup/sendup of the genre.  It is tethered to the 1940's format, but infused with a much edgier, much more contemporary take on entertainment.  Gone is the innocent charm of the 1940's, and in it's place WYNOT gives us the irreverent wisecracking radio humor that is commonplace today.  Creator Cory Moosman has redesigned the radio format of yesteryear and rebuilt it with nonstop sexual innuendo and politically incorrect characters.
Whether Moosman has improved or dishonored the original format is a matter of taste. 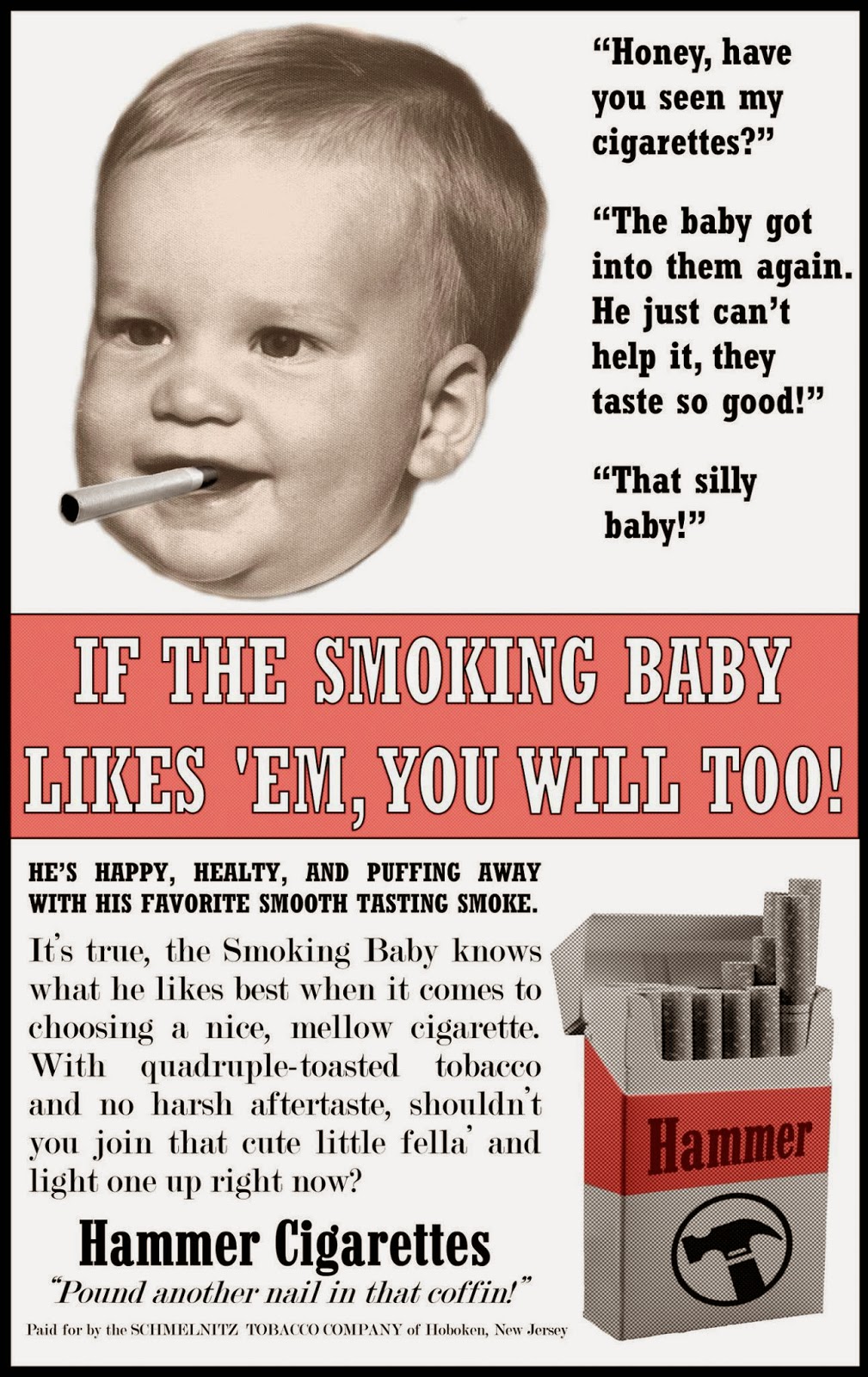 Taste is a flexible concept, but a "Smoking Baby" is, for me, tasteless.  As a sponsor for the WYNOT Radio Show Theatre, "Hammer Cigarettes" are a fiction. I get that.  But the "Smoking Baby" part is just not funny.  In fact, I suspect that in the 1940's just as in the 21st century, a smoking baby could result in a visit from Child Protective Services.
That said, if a smoking baby doesn't offend your senses, maybe Black Falcon Whiskey will.  I just don't see the humor here. 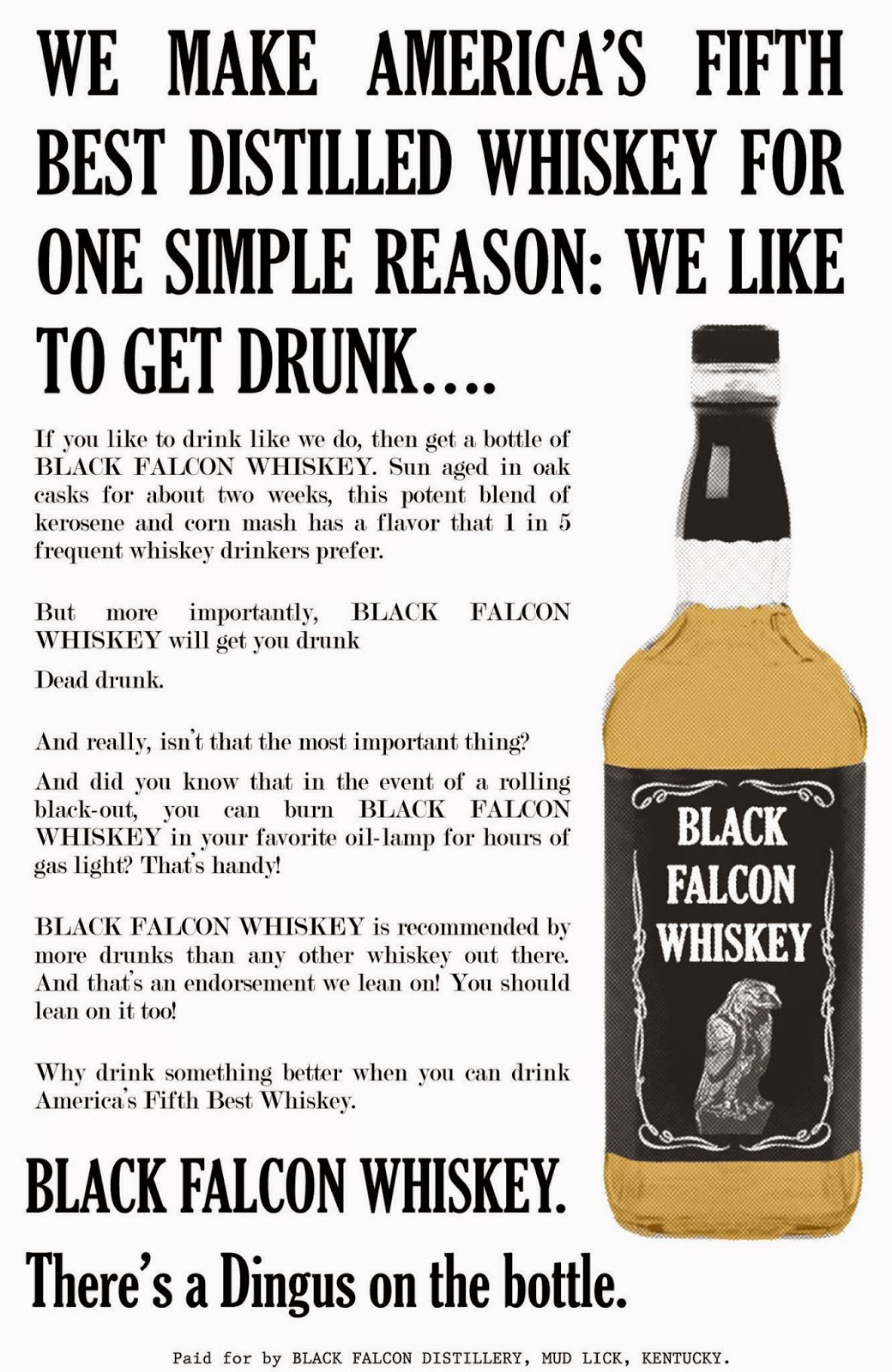 I can't help but point out that mocking multiple ethnic groups in a single show is not very entertaining either.


I realize that there's a market for politically incorrect humor, and perhaps even a rather large market.  I just don't count myself among the fans.
I'm not a prude; I enjoy a good joke as much as the next guy.  That said, though, the first time a detective is referred to as a "private dick" can be funny.  The second, third, and fourth time, though, it gets annoying.  In fact, the humor seems to reflect high school male attitudes.  The sexual references are, at best amusing, which is to say not very funny.  It's the difference between a smile and belly laugh; these jokes elicit the former, not the latter.
One of the most entertaining things about 1940's radio is how they created their own sound effects in the studio, giving the listener the impression of actually being in the middle of the stage action.  In a break with the original format, The WYNOT Radio Theatre Show uses a  number of prerecorded sound effects.  It's annoying to see a hand held vacuum with recorded sucking sounds, knowing that there were no hand held vacuums in the 1940's (nor much in the way of prerecorded sound effects).
But even more annoying is the imaginary brass band ("The Horny Brass"), apparently inserted into the script for the sole purpose of getting to say "The Horny Brass" several times.  Cue the 30 seconds of prerecorded brass instruments to justify the pun.  To top off "The Horny Brass" joke, we are treated to signs (horns on a stick) representing "The "Horny Brass" as the brief prerecorded clip plays.
Remember.  This is radio.  We shouldn't need visual clues or musical instruments on a stick to get the message.
I can't dismiss the possibility that the WYNOT Radio Theatre Show is designed specifically to annoy people like me.  I already admitted to being a Scrooge; I'll also confess to being a bit of a curmudgeon.  If the target audience doesn't include curmudgeons, mission accomplished.
Even so, I'll take off my curmudgeon/Scrooge hat for a moment.  I've dwelled on my gripes here, but I should mention some positives as well.  The show is very fast paced.  The one liners come at you at blazing speed, usually with a credibly deadpan delivery.  They are actually doing three versions of the show ("Death Wore Elevator Shoes," "It Came Upon a Midnight Deadly," and "The Smoking Gun Affair").  The show I saw was "Death Wore Elevator Shoes."   Three different scripts in three weeks is a challenge few companies would take.  The actors are all capable and personable, and do a marvelous job of animating a show I don't much care for.  Said another way, the production is fine, but the script is off the mark, at least for me.
The WYNOT Radio Theatre Show could be consistent with your tastes, and if so, please get yourself a ticket (link below) and register your displeasure with my take on it.  Comments are always welcome.
For my part, if I could only see one Christmas show this year with a 1940's theme, I would pass on the WYNOT Radio Theatre Show and see this one.

NOTES:
The WYNOT Radio Theatre Show is suitable for teens and older.  There is parking across the street from the Fine Arts Center, and on the surrounding streets.
This show closes on December 28, 2014.
Photo Credits:  WYNOT Radio Theatre.
Tickets HERE.

New comments are not allowed.