I thought that this might be a good time to provide some background information to readers at theatercolorado.blogspot.com as I work on recognizing the best shows I saw in 2014.  With that in mind, here’s some points that I think are worth putting in writing for all.
Theater Colorado started in 2012 as an outlet for my thoughts about plays I was seeing with my late wife Linda.  She was a Henry judge for the Colorado Theater Guild, and she got 2 complimentary tickets for the shows she was assigned to judge.  She was a theater major at Minot (ND) State University, and she was passionate about theater.  I have always been a “fan” of theater, and Linda encouraged me to write my thoughts about the shows we saw.  I shared them with a couple of our Henry judge friends (thanks, Brent & Rowena), who encouraged me to keep writing and to put my reviews online for all.

Readers at theatercolorado.blogspot.com may have wondered what expertise I have to judge their work.  My background includes living with a passionate theater person (Linda) for 22.5 years.  She schooled me on many technical and fairly obscure facts about putting a show together.  That doesn’t make me an expert.  It just gives me some insight into the process as well as the product.

What I consider my “expertise” for reviewing plays is that I am sitting in the audience, taking in the production.  I write from that point of view, which is, after all, the point of view that is perhaps the most important.  If a show doesn’t work for the audience, it doesn’t really work.

I do bring some basic skills to theatercolorado.blogspot.com, including a fairly extensive background in writing.  Before I retired in 2009, writing was a daily, and a critical, part of my work.

My other strength (at least in my opinion), is my focus on details during a performance.  I don’t take notes, at least not on paper.  It’s too distracting; I would miss important lines while writing notes.  Rather, I focus on the performance, making mental notes of the details that define the show.  Sometimes those notes are related to the script (I try to remember a few of the most important lines), but mostly they are mental notes about the set, the acting, the singing, the lighting, the sound, the blocking, and sometimes the intangibles that can make or break a performance.

Linda and I disagreed somewhat on script issues; she was adamant that a good performance of a flawed script could still be a worthwhile experience.  For me, if the script is flawed, it’s very hard for me to appreciate the technical excellence on the stage.

Linda passed away on May 6, 2013 from a recurrence of breast cancer.  The last show we saw together was Always, Patsy Cline...on April 20, 2013.  As she was admitted to hospice, she was complaining that she had tickets for Sense & Sensibility the Musical at the Denver Center for the Performing Arts on Friday, May 10.  She wanted to be released in time to see it.  She was THAT passionate about theater.

In December, 2013, I replaced Linda as a Henry judge at the Colorado Theater Guild. Being a Henry judge and writing at Theater Colorado helps me keep Linda's passion alive. 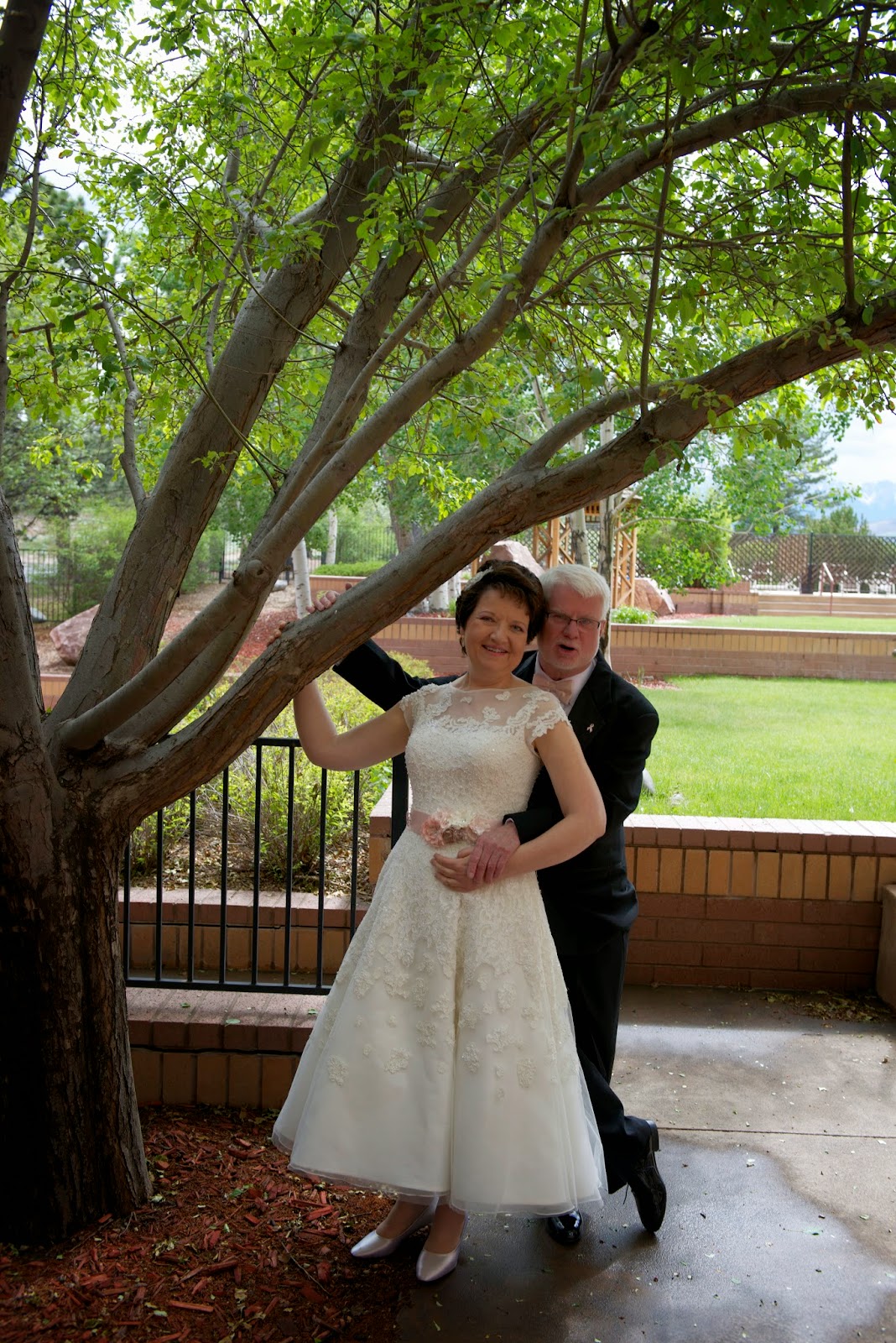 I remarried in May, 2014, and Roxie and I now both embrace Linda's love of theater.  Roxie works full time, so there are scheduling challenges for us to get to some shows.  Because we often are driving from Colorado Springs to some destination to the north or west after she finishes her shift at the FedEx data center, we have to stop somewhere for dinner before the show.  For others in a similar situation, I added a pre/post show dinner suggestion with each post.

My blog is a hobby.  I don’t get paid for it, but it does have significant costs for travel from Colorado Springs to wherever the shows are, and frequent overnight stays in motels.  Shows in Aspen, Carbondale, and northern Colorado theaters require an overnight stay.  Since most of the shows are in the Denver/Boulder area, a lot of productions are a 2 hour round trip, plus about 2 hours in the theater.  If we have 2 shows in the Denver/Boulder area in a single weekend, we often stay overnight at a hotel.

Each review runs approximately 1,000 words, and takes about 4 hours to draft, edit, format, and post.  I am currently getting 200-300 hits per day on Theater Colorado, with approximately 300 hits on each post by the end of its run.  Some posts get a great deal more traffic than the average; one post this year exceeded 5,000 hits.  Since theatercolorado.blogspot.com went live in March, 2012, the posts have received a combined total of more than 160,000 hits.

If you have specific questions about theatercolorado.blogspot.com, or about my background or writing process, please feel free to leave me a comment below.