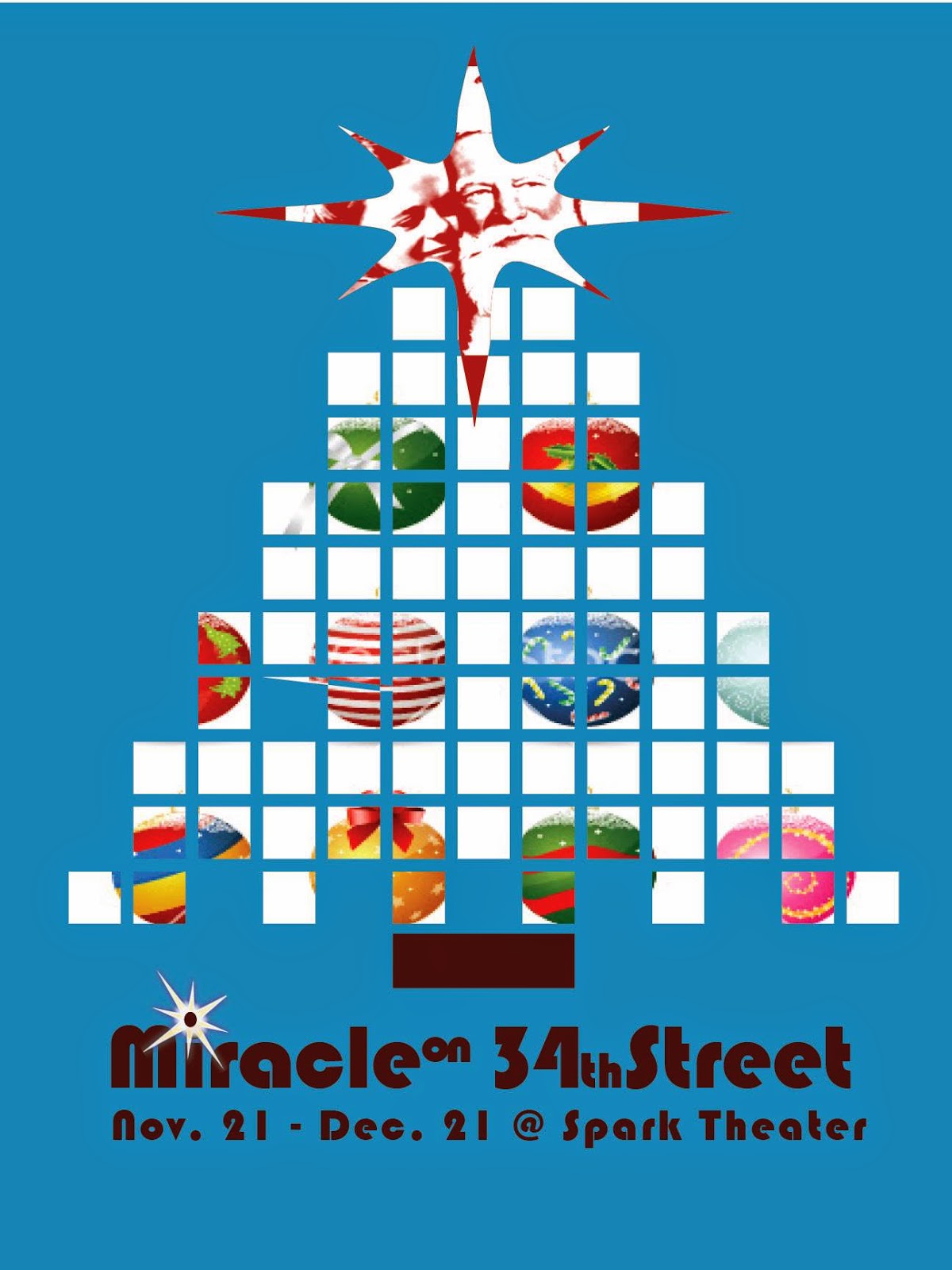 "All dates have sold out for this show."

That's the message that greets you when you go to the Spark Theater's webpage, looking for tickets to Miracle on 34th Street (hereafter abbreviated as Miracle).  That's right; sold out.  The entire run.  If you want to see Miracle on 34th Street at the Spark but don't yet have a ticket, you'll need a minor miracle of your own.
That's unfortunate; it's an excellent production that I highly recommend.  However, the Spark Theater is a very small (I estimate 30-40 seats) venue, so the capacity is very limited.
It's a familiar story; the 1947 film with Edmund Gwynn and Maureen O'Hara is a Christmas classic.  For those who may have avoided the annual "Miracle" festival, it's about the guy Macy's hired to play Santa Claus (here, a jolly and wise Wade Livingston as Kris Kringle).  It turns out he actually believes he IS the man in the red suit with white fur trim.  His sanity is questioned, and ultimately resolved in his favor.
Miracle is an enduring Christmas classic not just because it evokes all the right emotions for the season, although it does exactly that extremely well.  It also provides a stark counterpoint to the overwhelming commercialism that has come to characterize our Christmas season.  Whether you want a new toy, a new doll, or a new bicycle has little to do with the real spirit of Christmas.  Christmas shouldn't be about sales, but about being the best people we can be.
The "miracle," if you will, of 34th Street, is that if you believe, you just might receive.  If you don't, you probably won't.  It is that recurring theme of having faith and trust in people, institutions and traditions that make Miracle a special script.
While the Spark Theater is one of the smallest venues in Denver, the company does not take a back seat to any of the larger facilities.  They know how to use their tiny space to maximum effect, and for Miracle, Spark has put together a marvelous production of a much beloved script.
If anyone could make an audience believe in Santa Claus, his name is Wade Livingston.  His Kris Kringle is approachable, logical, controlled, but also quietly defiant.  He IS the man, and he doesn't easily tolerate fools who doubt him.  He has a twinkle in his eye as he promises to deliver Christmas wishes for those who believe.  Livingston shines as Kris Kringle, bringing out the best in not just himself, but in all in his orbit.
Doris (Kaity Gray) and Fred (Matthew Davis) make a charming couple, working through the banter of friends becoming partners.  Gray is convincingly stand offish; Davis is just as convincing as the secret admirer who fumbles his way into a great relationship.  Cassie Kelso's dual roles as Ms Shellhammer and the attorney who has to prosecute Santa Claus are challenging, but Kelso pulls them both off with gusto.  Her time in court comes to an ignominious end as Kelso slinks off the stage in humiliation.
Doris' daughter Susan (Francesca Hiatt) sparkles as the not so innocent girl she seems to be.  She wants a house and a dad, and she makes both happen, perhaps because she believes Santa can deliver on her request for both.
I am going to make a leap of faith here, and assume that the other Hiatts in the cast, mother Joi (Sharon's mother), son Jerin (Johnny), and daughter Maria (Caroler) are all related as I've described.  If so, Joi has a very talented family.  Maria is the youngest (in kindergarten according to the program), and ideally suited to bring an innocence and a sense of wonder to the Spark stage.  Maria hits all her marks, is as cute as they come, and she makes eye contact with everyone in the room.
In fact, it's safe to say that the children in the cast are central in Miracle, and they are all charming, appealing, and focused on their roles.  There's not a weak character in the bunch (Francesca, Jerin, & Maria Hiatt, Paulina Eden Perez, Elle Marshall) which is a tribute to Lorraine Scott's direction and to the dedication of these kids and their families.
This is a bare bones production in a tiny venue, but it speaks volumes about how theater magic can happen on a low budget.  You will not see a better, more moving, more compelling Christmas performance this year.  It will remind you of why we have faith ("Faith is believing something when common sense tells you not to") at Christmas.
And if you don't have "faith," Miracle might be just the medicine you need.

NOTES:
Miracle on 34th Street is suitable for all ages.
There is free parking on surrounding streets.  However, plan on walking the equivalent of at least one block unless you're lucky enough to snag a spot on Santa Fe Drive near the theater.
This show closes on December 21, 2014.

Pre or post show dining suggestion:
Interstate Kitchen & Bar, 1001 Santa Fe Drive, Denver, CO 80204.  Located literally just steps from the theater, the Interstate is perhaps the only place I know of in Denver offering Genessee Cream Ale on draft.  Genny Cream is a multi award winning local brew from Rochester, New York, and for me (born in Rochester), a special treat.

We attended a Sunday matinee, so we we to brunch at the Interstate before the show.  We were seated immediately, and I had no problem subbing shoestring fries for the potato has included in my "Sportsman's Breakfast."  For a reasonable $10, I got the shoestring fries, 2 eggs, sausage, bacon, ham, and toast.  Oh.  And a Genny Cream Ale for $3.00.  This is a breakfast feast at a bargain price.

Photo Credits:  Spark Theater and Photos by Blu Hartkopp.
Tickets are sold out. 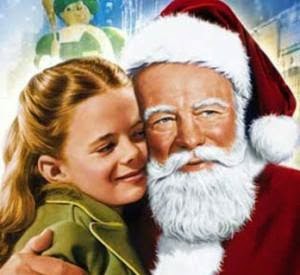