Company:  The Theatre Company at the Denver Center for the Performing Arts.

I remember growing up with some TV families.  Ozzie and Harriet, in particular, stood out.  They were a perfect family; Ozzie was the perfect father, Harriet the perfect mother.  Their boys, Ricky and David, were role models for my teenage years.  It turned out that the reality was nothing like the TV show.  It also turns out that life is nothing like we see on TV.

Life is actually a lot more like playwright Nina Raines' British family in Tribes.  In other words, totally dysfunctional  And seriously, who among us couldn’t write our own scripts about our family dysfunctions?  Tribes, however, has a special (maybe even better?) kind of dysfunction.  The politically incorrect, self absorbed family members can’t communicate with each other.  They wallow in their own self pity while cruelly insulting each other’s failures.

Christopher (Stephen Paul Johnson) and Beth (Kathleen McCall) have three children, including Billy (Tad Cooley).  Billy is deaf.  He doesn’t sign; he reads lips.  Even so, the family barely bothers to speak to him.

Raines adds a deaf component to an already toxic family dynamic.  By doing so, she demonstrates how far beyond repair our social skills have become in our most important relationships.  One can’t help but wonder how people who are unable to relate to their own parents or siblings can possibly succeed with anyone else.  Raines doesn’t really answer that question, but just posing it makes a powerful point.

Director Stephen Weitz starts here with a stellar cast, including Cooley as the deaf and disconnected son.  His bio in the program doesn’t indicate whether he really is deaf, but if he’s not, you would never know it from his performance.  He’s completely convincing whether he’s lip reading or, after being introduced to the deaf community, using American Sign Language (ASL).  Cooley has a critical scene in which he demands that his family learn ASL.  He’s not just fluent in ASL in that critical scene, but his signs brilliantly convey his anger and passion.  Cooley’s performance in that scene destroys his family’s objection to ASL:  it can’t be a real language without words.  Of course they’re wrong; ASL can and does convey the intangible, the poetic, and the entire range of emotions, as Cooley dramatically proves.

Weitz has incorporated an interesting array of audio-visual effects to make Tribes work for all.  There are opera type projections (designed by Charlie I. Miller) that accompany ASL interactions, giving the hearing audience a means to understand the ASL.  However, it quickly becomes apparent that the words are somewhat empty without the signs.  One must see the ASL speaker to understand the urgency (or lack thereof) and the emotions being conveyed.

Perhaps the most striking visual Weitz uses is a musical one.  Billy’s love interest, Sylvia (Kate Finch) sits down at the piano and starts playing.  Charles I. Miller's mesmerizing projection interprets the notes in colors and shapes.  It’s a stunningly beautiful visual representation of what we are hearing.

Finch, for her part, is just as gifted as Cooley at portraying a deaf character.  In Sylvia’s case, she is losing her hearing gradually.  She has learned ASL, and she introduces Billy to ASL and to the ASL deaf community.  We never question why Billy falls for Sylvia. Finch plays her as a smart, beautiful, and a strong advocate for Billy in his broken family dynamics.  Like Cooley, there is no mention of deafness in her bio.  And like Cooley, it doesn’t much matter, since she’s a brilliant actress who can quickly convince an audience that she is deaf.

The rest of the cast is talented as well.  Stephen Paul Johnson plays Christopher, Billy’s father and resident curmudgeon.  He’s an odious provocateur, more interested in conflict than solutions.  Johnson has a twinkle in his eye; he obviously enjoys starting trouble.  Billy’s sister Ruth (Isabel Ellison) is lost in life and drifting; Ellison carefully skillfully sketches out the agony of an adult child who moves back home.  Daniel (Andrew Pastides) is Billy’s slacker/writer/loser brother, and Pastides brings all the necessary angst to his role.  Were it not for sharing the stage with Johnson, he would surely be the least likable character in Raine’s script.  Kathleen McCall (Beth) rounds out the script as Billy’s mild mannered, hand wringing mother/aspiring writer. 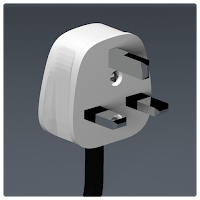 Lisa Orzolek’s set design is stunning in its detail; the family home is littered with books, magazines, and a working tea kettle.  I was sitting close enough to the stage to notice that when Ruth was ironing sheets (a sure sign this is a British family), the iron wasn’t plugged in.  The script apparently called for Ruth to plug it in, and she did.  It was then that I noticed that the cord had a UK style plug.  It’s a small detail that few would notice, but it speaks volumes about Orzolek’s attention to details.

Raine’s script is ambitious; telling a story about the conflicts in both the small family unit and the larger deaf community is a tall order.  Both themes would easily support their own full length script.  She succeeds in demonstrating how our “tribes” are often in conflict with each other, and that sometimes we have tribes within our tribes.  I did find Billy’s transition from lip reader to ASL fluency to be rather abrupt, as does the reconciliation in the final scene.  Quibbles aside, though, Tribes is an powerful, engaging theater done by a high powered cast and crew.

Colorado audiences are familiar with Raine’s subject matter, thanks to several local companies (Rocky Mountain Deaf Theatre, PHAMALY, and Dragon Theatre) that deal regularly and directly with issues of different abilities.  The Theatre Company at the Denver Center is arguably the biggest player in the Colorado theater, and they are proud that their shows are “as diverse as the community we perform for.”

It’s true.  Their shows are as diverse as the community, and they should be proud. Tribes may not sell as many tickets as The Lion King, but Colorado is a better place because organizations like The Theatre Company include everyone in their mission and their productions.

The Tribes script is peppered with profanities and probably not appropriate for young children.  Park at the adjacent DCPA parking structure ($12.00).  Metered street parking is sparse.

Closed Captioning devices are available for those with hearing impairments.  The new devices  feature an adjustable seat mount, enabling users to enjoy private captioning from any seat. Devices must be reserved by emailing 48 hours in advance (CKrueger@dcpa.org).

PHOTO CREDITS:  The Theatre Company at the Denver Center for the Performing Arts.  Ozzie and Harriet:  TVSeriesFinale.com.

It was Halloween, so there were a LOT of people downtown the night we saw Tribes.  We only had about 45 minutes to eat and get to our seats, so we walked the two blocks to the Rock Bottom Restaurant & Brewery at 1001 16th Street.  It was crowded, but we got seated quickly at the Back Bar.  Just to make sure we didn’t get delayed by a bottleneck in the kitchen, we just ordered an appetizer to split (steak BLT sliders, $6.95 for two, four for $12.50) and a dessert (salted carmel toffee in a Mason jar, $6.95).  Oh.  And beers.

The order was delivered quickly, and we had no problem getting back to the DCPA in plenty of time for Tribes.  The sliders were delicious (but small), the guilty pleasure dessert was fantastic.  Rock Bottom will be definitely be on our radar for food and beer when we’re back in the neighborhood.