What Color Is That Dress?

Company:  Dragon Theatre Productions (a program of Imagination Celebration in a partnership with the Pikes Peak Library District) 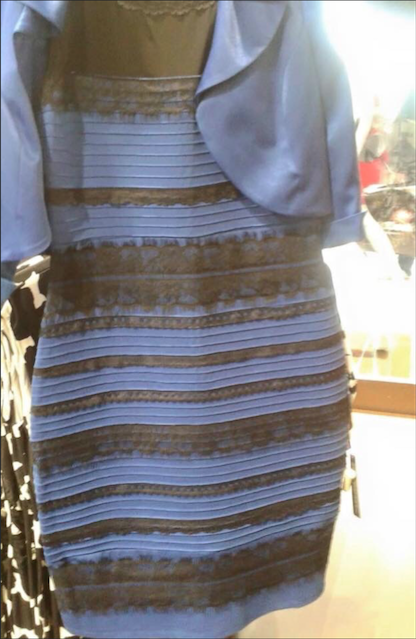 You may remember the recent internet controversy over what color(s) is the dress in this photo.  Blue and gold?  White and gold? Black and blue?  None of these?

So the Dragon Theatre has taken that story and put it on the stage, turning the controversy into a teachable moment.  The science of color, it turns out, is not as simple as we believe it to be.  Women can see color better than men.  Guys…can any of you see mauve?  No?  That’s what I thought.  Color is much more subjective than we realize.  Our brains interpret color and light, but  as with a lot of things, your brain won’t always agree with other brains on what color the dress is. 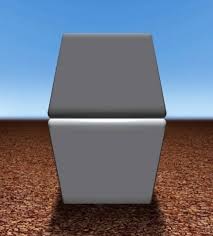 “prepared” to show us how color is not always what we think it is.  Do you know how “red shift” affects color?

Can you tell which box is darker in this photo?  (Hint:  Neither.  They are the same.  Black out the border between the two boxes with your finger.  You'll see that they are indeed both the same color.)

So Dragon Theatre sets out to tell us that things are not always what we perceive, and they succeed in doing so.  But perhaps not in the way you might think.


“Dragon Theatre Productions is a completely community-inclusive theater program that welcomes anyone willing to make the performance commitment to have the ability to perform, regardless of race, age, disability, orientation, or income.  The scripts are adapted to showcase the unique talents and abilities of the performers in a fun and cooperative environment.”

That’s right.  No one is turned away.  Anyone can and will be cast, without regard to the factors above.

Given that information, you will understand why the point of my review is not the performance, which as information, was entertaining and enlightening.  Rather, this is a review of a company and its’ commitment to the transformative power theater can bring to all of us.

A partnership with the Pikes Peak Library District and Imagination Celebration, Dragon Theatre Productions writes scripts that are tailored to their actors skills.  Think about that for a minute.  If you had a son, a daughter, a friend, or even an acquaintance with a disability, you can probably relate to how that disability takes an emotional as well as physical toll on that person.  It’s difficult to know that, in some sense, people think you’re not “normal.’  Anyone trying out for a role at Dragon Theatre Productions gets a chance to be someone else, someone new.  Someone people can see, listen to, and relate to, apart from the person they thought they knew.

It’s like a therapeutic costume party where you become someone else and go to a place where everyone is equal, happy, and productive.  It is Dragon Theatre Productions that is opening that door and giving everyone a chance at equality, happiness, and productivity.

For some, a successful theater is one that sells a lot of tickets.  For others, it’s producing shows that enhance our lives.  Dragon Theatre Productions is in the latter category.  Their focus isn’t to make a lot of money selling tickets, nor is it necessarily to enhance the lives of the people in the audience.  Rather, their purpose is to enhance the lives of those who live around us, among us, and with us, but who are all too often marginalized.

We heard about a volunteer who wanted to be in a production, but couldn’t speak at the time.  Dragon Theatre Productions found her something she could do onstage.  Over time, that actor has begun to speak, and she can now deliver some lines.  She has been transformed emotionally and physically, and she exudes a level of joy and happiness we all seek.

The intangible rewards we get in life are almost always the best ones.  Dragon Theatre Productions understands that, and their intangible rewards have been substantial.  Theater, done well, is very powerful.  So is theater done right.  Dragon Theatre is doing theater right, which the audience may find touching, but more importantly, has a transformative impact for their performers.

As I mentioned above, things are not always as we perceive them.  We don’t always perceive colors correctly, nor do we always perceive people correctly.  Dragon Theatre Productions is helping us with the latter, and for that, they deserve and get my highest praise.
NOTES:

I usually only credit the main performers and crew in the interest of brevity.  For Dragon Theatre Productions, I will make an exception and be “community-inclusive.”  Every single person who was credited in the program has been included below.

On a personal note, my wife, Roxie, has lymphedema in her right arm as a result of breast cancer treatment and has to wear compression bandages or garments all the time.  We are aware of the glances of others and although she is not bothered by questions, I am astounded at how many people feel free to ask her what happened.  She feels an instant kinship whenever she meets another person with lymphedema - giving complete strangers hugs.  She, and we, get it.

TICKETS:  At the door.