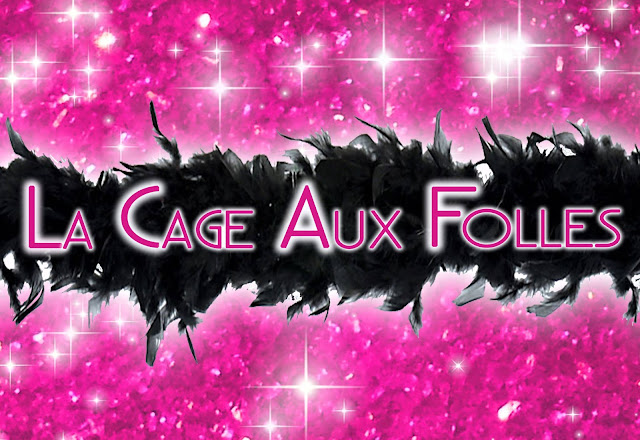 Book by:  Harvey Fierstein, based on the play by Jean Poiret

Music and Lyrics by:  Jerry Herman

“Life is a celebration with you on my arm.”

Indeed it IS a celebration.

I know the exact moment when Ignite Theater’s La Cage Aux Folles won me over.  It was early in the first act, when Albin (John White) began singing A Little More Mascara.

So when my spirit starts to sag,

I hustle out my highest drag,

And put a little more mascara on.

It’s a transformational musical moment.  Albin sits in front of the mirror in his dressing room, and transforms from male to female before our eyes.  He puts on his makeup, his mascara, his dress, and his fake boobs.  He becomes Zsa Zsa.

John White’s performance is remarkable in many ways, not the least of which is how well he morphs from guy to gal as we watch.  He’s also a marvelous singer, with a mid range voice suitable for either a man or a woman.  He can dance…in heels.  He can sulk, he can smolder, and he can really rock.  But his special skill here is that he can be so very brave and so very vulnerable simultaneously.  Don’t cross White or Albin; she’ll make you pay.  But never doubt that underneath that swagger, she’s a sensitive human being.  She’s a master of the eye roll, and she’s a professional level sulker.  When she turns on the charm, though, she is totally irresistible.

Did you notice what I did there?  I did exactly what White did so well; I transformed Albin from male to female.  I changed pronouns like Albin changes gender...but she's much better at it than I am.  Watching her metamorphosis isn’t jolting.  It seems as natural as how any of us, male or female, get gussied up to look our best.

Albin would be lost, however, without his long time lover Georges (Jim Hitzke) on his arm.  Hitzke is a gifted singer with a marvelous voice; he can belt out a song with the best of them.  His most important contribution to La Cage Aux Folles, though, is his universal humanity.  He goes through the same things many of us endure.  He has a son, an ex, a lover, and a lot of conflict in his life.  This is a tale of two gay men, but Hitzke quickly makes us realize that he’s living our own lives.  In Georges world of offbeat drag performers, Hitzke is, at his core, a very regular guy.  We totally get his love for Albin and and his frustration with his son and his distant partner in a one night stand.

Darren Koehler plays Jean-Michel, son of Georges and, wait for it, Albin.  Abandoned by his own mother, Albin has raised Jean-Michel as her own son.  Koehler lights up the stage with his first song: With Anne on My Arm.  Seriously.  I sat up straight after the first few bars, stunned at how beautifully he sang about his bride to be.  Director Bernie Cardell has a wealth of talent on the Aurora Fox stage, and Koehler shot to the top of that talent list with his first few notes.

Of course, anyone who has seen La Cage Aux Folles knows that the eye candy here is Les Cagelles.  There are six in the ensemble, dressed in glitzy multicolored costumes (thank you, Elijah Meader, Costume Designer), abundant makeup, and a wig in every hairstyle you might expect (credit  goes to Valerie Igoe for the gorgeous wigs).  They put on a formidable show, dancing, singing, and strutting their stuff.  Choreographer Matthew D. Peters gives puts them through some very difficult moves, all meant to make us believe the dancers are really girls.  It’s rare to see a guy do the “splits.”  It’s stunning to see five of them do it, one after the other.

The cast has other standouts as well.  Randy Chalmers (Jacob) brings color, attitude, and energy to his role.  (It would be a good idea to find a better way to conceal his conspicuous mic, however.)  The Dindons (Andy Anderson and Erin Trampler Bell) are suitable villains, pushing the drama forward and reminding us of the current resistance to equality.  Valerie Igoe (Anne) shines as Jean-Michel’s fiancée.  Shahara Ray brings her marvelous voice to Jacqueline, belting out her tunes with an incomparable smile on her face.  This is truly a magnificent cast throughout.

Tim Mack’s lighting design opens with Les Cagelles facing upstage, lit in silhouette.  In the semi darkness, Mack shows us feminine forms from behind, sexy, mysterious, and statuesque.  He sets exactly the right tone immediately for Les Cagelles, lighting them in a way that enhances their feminine beauty.  Set designer Rob Prytherch gave the cast a very flexible environment, with panels that double as both the club and an apartment.

Tom Quinn’s sound design never lets the orchestra overpower the voices, and provides a suitably smooth sound in a somewhat difficult environment.  The theater has been upgraded to neutralize the sound problems inherent in a quonset hut structure, but it is still a somewhat challenging venue.  Music Director Blake Nawa’a keeps the soundtrack on track, with a talented eight piece orchestra.

In the program’s Director’s Notes, Bernie Cardell starts with just two words.  “Love Wins.”  He’s right.  It does.  La Cage Aux Folles is, at its core, a love story with a happy ending.  It just happens to be a gay love story.  The way that story is told is universal and poignant.  The simple message is exactly the right one, no matter who you are or who you love:

Life is a celebration with you on my arm.

La Cage Aux Folles will give you a couple of hours to celebrate life in all its beautiful diversity.  You will leave the theater knowing that you have the right, perhaps even the duty, to celebrate who you are and who you love.

So go do it.  Celebrate your life, and your love. You are who you are.

There is ample free parking behind the theater, on surrounding streets, and at the Aurora municipal building across the street.

Although there is no nudity and very little profanity, discretion should be exercised for kids under 15.  The term “adult themes” does not begin to cover it.

Due to unforeseen traffic problems driving up from Colorado Springs (who expects a 15 mile backup on I-25 on a Sunday?), we were rushed to get lunch before the show.  For the second time in a couple of weeks, we stopped at the Rusty Taco at 1760 S. Havana in Aurora.  It’s quick, it’s very good, and clean.  It’s about a 10-15 minute drive to or from the theater (traffic/weather permitting), so it works well when time is short.