Written by:  Greta Grosch (inspired by the bestselling book Growing Up Lutheran by Janet Letnes Martin and Suzann Martin).

Music and Lyrics by:  Dennis Curley and Drew Jansen

Boulder's Dinner Theatre has long been known for it's excellence in producing dinner theater shows that keep us coming back time after time.  They have changed their name to BDT Stage, but with the same management, same team, and the same commitment to excellence, they have another winner on their hands:  The Church Basement Ladies Sequel:  A Second Helping.

The Church Basement Ladies are back, and they're better than ever.

In fact, if you saw the original Church Basement Ladies at BDT Stage, you'll be pleased to see three of the actors back on stage:  Bren. Eyestone Burron, Barb Reeves, and Wayne Kennedy reprise their roles as Mavis, Vivian, and the Pastor.

For those not familiar with the original, don't make the mistake of thinking you had to see that first.  It's not necessary to see the original show to understand and enjoy the sequel, which is a freestanding, freewheeling, musical comedy of the first order.

The action takes place (surprise!) in a church basement kitchen somewhere in Minnesota, where the faithful ladies of the basement whip up food and wisdom in nearly equal portions.  For those who don't speak "Minnesotan," the program includes a page of definitions, including Lutefisk and Lefse, which thankfully don't appear on the BDT Stage dinner menu.  Nor can you get an "Egg Coffee" with your dinner:

"Coffee is a staple at any Lutheran gathering.  The water and grounds are boiled in a large pot on the stove, and an egg is added to catch the grounds.  That's Lutheran ingenuity."

What you will get is a great story set in 1969-70, when the country was changing even as things stayed the same in the church basement (where the Vikings constantly raise hopes and then dash them).  The high school kids are mixing a little too well at the Mixer, the Viet Nam war is dividing the country, and women are demanding equality.  Karin (Tracy Warren) is having misgivings about being a church basement lady, and her daughter Beverly (Sarah Grover) is newly married and newly pregnant. In a "circle of life" plot twist, the baby is born as Karin's husband dies. Karin can't help but wonder what she has missed out on by limiting her life to the church basement.  She is right to wonder...and we might want to do the same.  We may not be devoted to a basement kitchen, but we probably have other self imposed limits that become crystal clear when we are confronted with our mortality.

Interestingly, the only male character, the Pastor (Wayne Kennedy) is the one who totally breaks out of the mold.  Although he is perhaps the least likely character to move out of the basement, he surprises us with a complete transformation into a touchy, feely, even "groovy" version of an urban minister. Congrats to costume designer Linda Morken, who dresses the Pastor in a period costume that stuns us with its flair and its fun (and, "it's reversible!").
As you have come to expect from BDT Stage/Boulder's Dinner Theatre, the set, the lights, the music are all first rate.  Curt Wollan's direction is inspired by his mother, "the consommate church basement lady."  Curt clearly knows his mother and the culture very well; there's not a false note anywhere in the production.  I know; I grew up in Wisconsin, which is nearly as Lutheran as Minnesota.

Church Basement Ladies Sequel: A Second Helping is not just entertainment.  It's social commentary about a time and a place, and it's a life lesson.  We all need to get out of our comfort zones to experience the fullness of life.  Most traditions serve a purpose, but there can be value in breaking with traditions that needlessly limit our lives.  I think the expression "life begins at the end of your comfort zone" is true, and BDT Stage has an entertaining, fun, and hilarious way to remind us of that truth.

I expected to be entertained, and to laugh when I went to Church Basement Ladies Sequel:  A Second Helping.  I was not disappointed...I WAS entertained and I DID laugh (a lot).  As I was leaving the theater, though, I smiled about what I didn't expect: a lesson in life.  The Church Basement Ladies are wise as well as funny, and I am a better person for having spent a few hours with them.
Church Basement Ladies, A Second Helping is great family entertainment with a special message.  You will laugh at them, but the Ladies are the kind of people we know and love.  It's a pleasure and a privilege to spend a couple of hours with them at the BDT Stage. 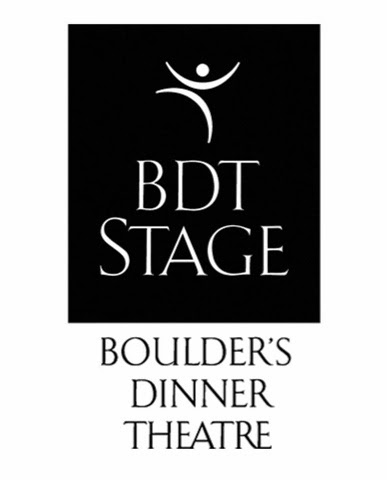 There is ample parking at BDT Stage, with parking lots on both the north and the south sides of the building.

This show closes on November 8, 2014.  This show is suitable for all ages.  You don't have to be Lutheran to have a great time at this show.  If you happen to be Lutheran, this is one show you should definitely NOT miss.

NONE.  Dinner is included in the price of your ticket.

I had the Prime Rib French Dip sandwich, which was scrumptious.  Other options include Chicken Cordon Bleu, a new Vegetable Coconut Curry, and the always popular Potato Crusted Cod.  There are seven (7) choices in all for your entree, and two others for an additional charge.

BDT  Stage is known both for outstanding theater AND for an outstanding menu.  Enjoy, but don't forget to tip your waiter.  Dinner is approximately 1/3 of your ticket price; tip accordingly.  No.  Wait.  Be generous.  The cast may be waiting your table, and they deserve your best tip.  They are giving you their best, both at dinner and on the stage.

Pastor:  Wayne Kennedy
Posted by Bill Wheeler at 10:58 AM