Memphis takes place (obviously) in Memphis, Tennessee in 1951, when Huey Calhoun (Jim Hogan), a white teenager, pokes his head into an underground rhythm & blues night club.  Despite his chilly reception, he hangs out with the black patrons long enough to demonstrate that he can sing and dance as well as the next (white) guy.  Delray (Keith L. Hatten), the club owner, tolerates Huey, but draws a line when he senses Huey is attracted to his sister Felecia (Aisha Jackson).
From that rather bold but not very wise  start, Huey, through what was then known as "race music," breaks through the segregation of a major southern city to expose both races to new experiences.  I think an expression from the French Revolution is helpful here;  "you can't make an omelette without breaking some eggs."  Huey breaks some eggs, and then fries them up, Southern Style.
Huey, on the brink of being fired from his job, offers to play music at his lunch break at Collins Department Store.  He DJs, but he doesn't play what the boss wanted:  Perry Como.  Instead, he plays his favorite genre:  rhythm and blues, colored style.
The music is irresistible, and the Collins shoppers get up and dance. Choreographer Kitty Skillman Hilsabeck puts the shoppers on delightful display, dancing to "Scratch My Itch."  It is an overwhelming sight right out of the gate in the first act.  The dancing appears spontaneous, and it is spectacular.  There is so much going on that it's hard to take it all in.  It's a splendid introduction to the music and dancing that follows.  It is in the second act, though, that all the dancers square off together.  They literally put on a dancing clinic for those of us with two left feet.  We get an opportunity to see how it's done by very talented professionals.
Chris Campbell's eye popping costume designs are a kaleidoscope of colors and styles, all a perfect fit for 1951.  The details are remarkable; Felicia has numerous costume changes, and for each new dress she has impeccably matching shoes.  Combined with Megan O'Connor's hair styling and wigs, the cast looks like it just walked in from a Dick Clark Show set.
The cast is packed with Equity actors, and they all have extensive stage resumes.  Aisha Jackson (Felicia) is not just incredibly talented; she is also a beautiful woman that we could all fall in love with, so it's no surprise that Huey zeros in on her as soon as he meets her.  Jackson has the voice of a songbird, the grace of a Goddess, and a "light up the room" smile.  Oh.  And she can also dance.  Like a star.
Jim Hogan (Huey) has a mischievous charm and innocence; he thinks he can change the world.  Hogan convincingly, if somewhat naively, does change the world.  Hogan's charm is secondary to his talent; his voice is marvelous and he can also dance.  Also, like a star.
Keith L. Hatten (Delray) brings gravitas to the cast; as Felicia's older brother, he can barely stand a white guy dating his little sister.  Hatten has a deep, resonant voice that can send chills down your spine, and his disdain for Huey is palpable.  In addition, for a guy of his size, he's remarkably nimble on his feet.
There are a couple of actors who literally stop the show with their singing and/or dancing.  Mathenee Treco (Bobby) gets to sing "Big Love" on Huey's TV show, and he gets to throw out some amazing dance moves in the process.  Melissa Swift-Sawyer (Mama "Gladys") brings down the house with her vocals in "Change Don't Come Easy."  The cast literally has to wait for the applause to die down after both Treco and Swift-Sawyer finish their songs.
Director Rod Lansberry puts a sensitive touch on the love story here, making sure that the forbidden context is clear, and that the attraction between Huey and Felicia is strong despite the danger.  Lansberry slows the action in a violent scene, exacting the maximum effect from the brutality.  The audience involuntarily recoils at the sight.
It's difficult to describe the experience of sitting in the audience on opening night; there really aren't sufficient superlatives to describe the Arvada Center's production of Memphis.  This is one of those shows that you don't want to end.  It's a feast for the eyes, a feast for the ears, and a feast for the soul.  You will tell your friends, your family, your coworkers, and anyone else who will listen that they should not miss this one.
Given that race relations are still somewhat frayed more than 60 years after the setting in Memphis, this Tony Award winning musical is not just fun, not just engaging, and not just a rocking good time.  It's also something few musicals can claim to be.  It's a musical with a message, and that message is one that's relevant today.  That message?  The barriers between races are ones we ourselves created, and they are needless and harmful.
Memphis won four Tony Awards in 2010, including Best Musical.  I did not see Memphis on Broadway, but I'm certain that the Arvada production is no less professional or entertaining  than the Broadway version.  Memphis at the Arvada Center is a great script, with excellent music, and an accomplished cast at the top of their game.  You will not see a better musical anywhere.  If you don't have tickets, don't wait.

NOTES:
Memphis contains mature subject matter and violence.  Discretion should be exercised for younger teens.
Memphis is a city with a very rich civil rights history, including the site of the assassination of Reverend Martin Luther King, Jr.  The Loraine Hotel is now the site of the National Civil Rights Museum.
I've been there, and I wish every American could visit this landmark museum.  It's a national treasure that visitors will never forget. 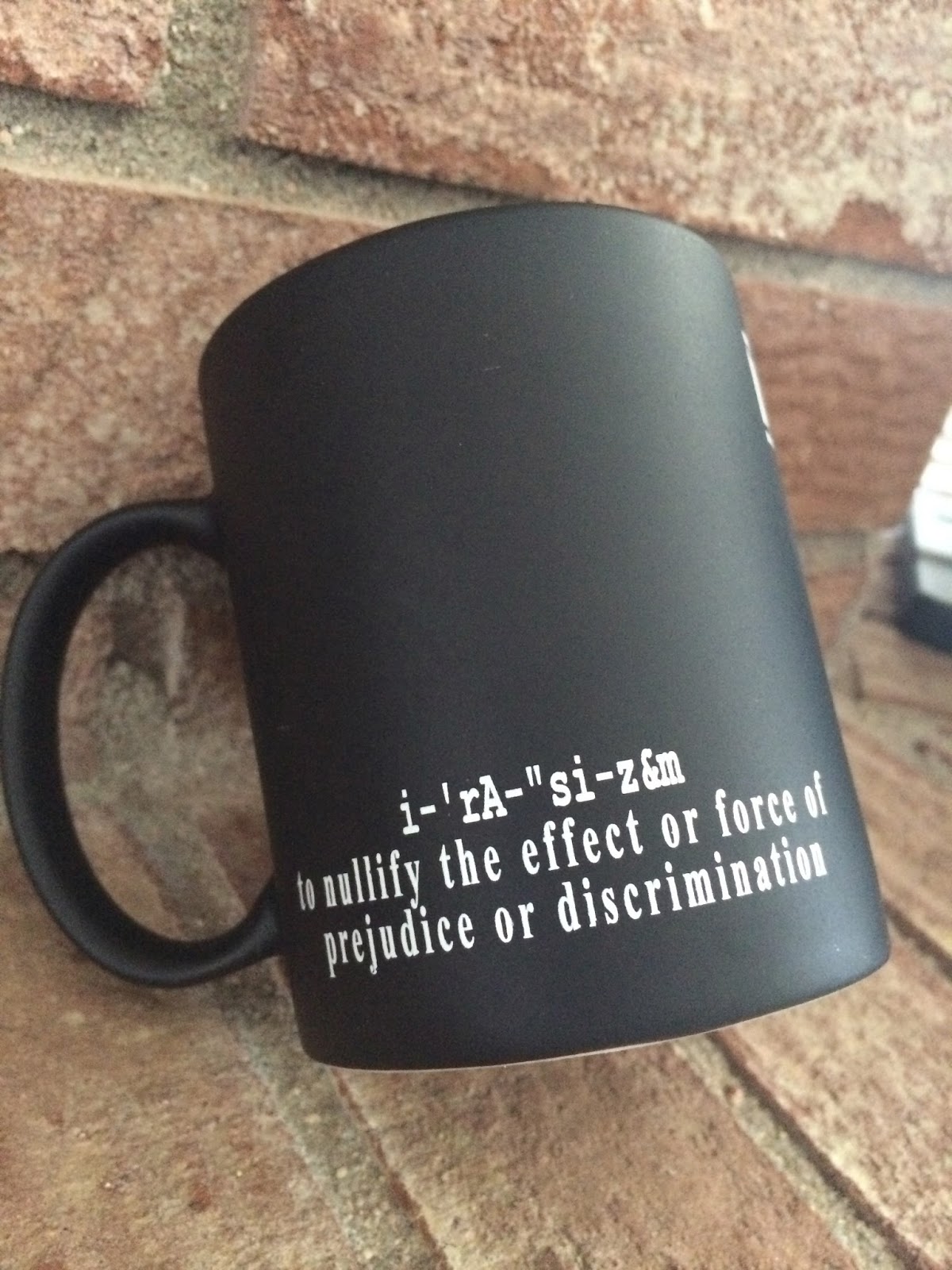 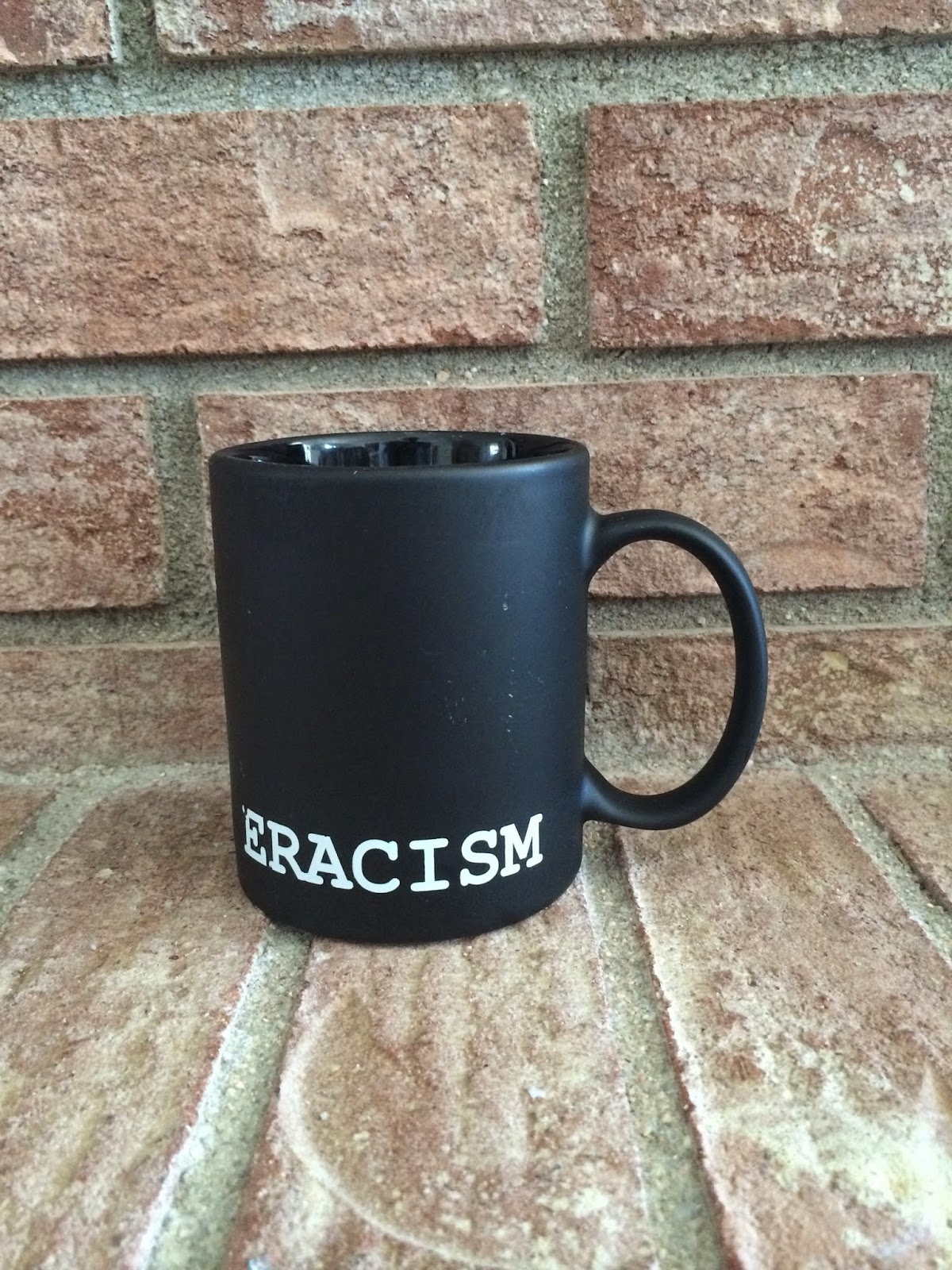 It's also where I got my favorite coffee mug.

Pre or post show dining suggestion:
For authentic, but not fancy, Mexican food near the theater, try the Monterey House Restaurant at 9809 West 60th Avenue, Arvada.  It's a small neighborhood kitchen that's been in business for 65 years.  You'll get an excellent house Margarita for $4.50.  Your smothered burrito includes big chunks of pork.  Great food & service at reasonable prices.  Remember.  It's not fancy.
It's about a 10 minute drive between the restaurant and the theater, weather and traffic conditions permitting.
Photo Credits:  The Arvada Center for the Arts and Humanities, P. Switzer Photography.
Tickets HERE.