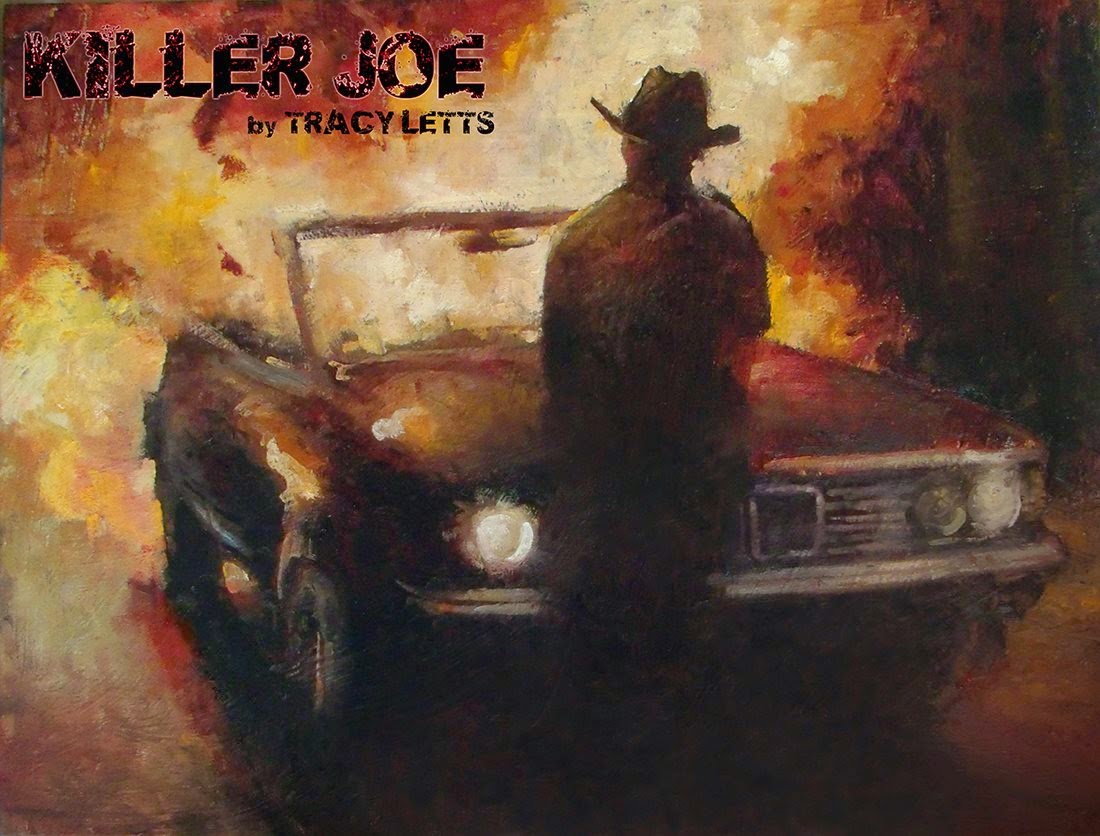 Killer Joe is an unpleasant theater experience by design; it forces us to confront the less fortunate among us.  We all know there are Killer Joes out there, but we are in some degree of denial.  If we don’t have friends or relatives who have fallen on desperate times, if we don’t see the homeless beggars on the street corner, if we haven’t lost our jobs, we can live in our own privileged bubble we call "reality."

The hapless characters in Tracy Letts’ script don’t have the luxury of any privileged reality.  Their daily lives are a harsh and hopeless prison of poverty, crime, and fear.  Letts forces us to live in their reality for two hours.

And what a brutal, relentless reality it is.

Star Bar takes on Killer Joe with a bold enthusiasm.  The challenges for a small company are considerable; this is a script that will appeal to a limited audience.  The set and props are substantial, the special effects, including spilling blood onstage are critical to a successful performance.  Star Bar blows right by these challenges, bringing Letts’ script to life with a brash, raw, nonstop energy.

For those unfamiliar with the script, the plot involves a murder for hire scheme, in which the hit man’s day job is as a corrupt cop.  The desperation leading to the scheme involves a drug deal gone bad.  I don’t do spoilers, but I think from this brief description one would not expect a happy ending.  And there is none.

Set Designers Elizabeth Kahn and Beth Mosley have carefully crafted a dilapidated, garbage strewn shack for the action.  It’s a depressing, bleak set, and perfectly in synch with Lett’s tone.  Fight Director Christian O’Shaughnessy put his actors into credible, and sometimes scary conflicts.  It was difficult at times to know whether an actor was accidentally hurt in the fights.  Co-Directors Elizabeth Kahn and Greg Lanning demonstrated a high level of respect for their actors, insuring their safety and their dignity in some dangerous and decidedly undignified moments.  Kahn and Lanning paced the performance well; there was not a wasted moment here.

Shayn Megilligan (Chris) is the costar, if not the star, of Killer Joe.  Megilligan gets beaten, battered, insulted, and betrayed; he is a perfect victim of Letts’ tragedy.  His role walks the fine line between desperation and hopelessness.  Megilligan is convincingly desperate enough to contemplate murder, and ultimately completely without hope for any escape from his fate.  Megilligan generates a lot of empathy but little sympathy for his self inflicted predicament.

As the title character, Dylan Mosley (Joe) has some serious challenges.  He’s a cold blooded killer, a hard nosed negotiator, and a sexual predator.  Presumably, Mosley is none of the above offstage, but when he appears as Killer Joe, one cannot doubt his basic evilness.  His performance is nuanced; even an evil monster sometimes say “yes, please” when asked if he wants a beer.  Mosley credibly portrays Joe’s homicidal callousness just as easily he portrays his softer, civilized side.

Alysabeth Clements Mosley’s role (Sharla) has its challenges too; she’s devious with a heart of stone.  She hides her scheme with the skill of a snake oil salesman.  When things go bad for her, she is subjected to repulsive emotional, physical, and sexual indignities.  Trust me.  It’s very hard to watch the ordeal she endures.  Sharla had it coming, but I have trouble imagining how emotionally disturbing it must be for an actor to be subjected to such ferocious degradation in every performance.  Sharla gets no sympathy from me.  Mosley does.

Nick Charles Madson (Ansel) and Stephanie Irene Schlis (Dottie) round out the very capable cast.  Madson is appropriately disengaged as Ansel, despondent about the wretchedness of his life.  Schlis’ Dottie is simple, vulnerable, and naïve.  Dottie’s fate is both the most obvious at the outset, and the most tragic at the climax.  Schlis carefully crafts her performance to be the only sympathetic character in a cast of deadbeats, losers, and criminals.

Despite the power and the tension that is so successful here, I do have one question about the production.  The second act has a disturbing scene in which Dylan Mosley (Joe) uses a prosthetic prop.  That’s understandable; not using a prop would have been decidedly unsuitable.  However, the prosthetic seemed too small to be realistic, and certainly too small to be easily seen in the middle of the room, much less the back.  I would have preferred a more realistic, more visible version of the prop in question.

Killer Joe is not fun, nor is it easy to watch.  In fact, you may want to take a shower as soon as possible after the show.  Letts gives us a peak into a world most of us will never know.  He forces us to watch things that are beyond disturbing.  If there’s a point to his bleak story, I think it may be the old adage “there but for fortune, go you and I.”  You may think this is an alternate universe, but in reality, there is a very thin line between civilization and anarchy.

These characters are desperate lonely losers, but ask yourself a question.  What would you do in similar circumstances?

If you think you would do things differently, I think you may be mistaken.

This show is appropriate for adults only.  There is nudity, violence, and adult language.

There is free parking street parking around the theater.

Unfortunately, I was not able to see Killer Joe until the closing performance.  It’s too late now for readers to get a ticket, and that’s a shame.

As a personal note, I have no objection to nudity in theater and film.  It is generally plot related and an appropriate reflection of the reality being portrayed.  That said, however, it is annoying to me that actresses are routinely expected to disrobe, but actors are rarely expect to do the same.

Killer Joe is rare; nudity is expected of both actors and actresses.  For that reason alone, it is a commendable script.  Likewise, Star Bar is to be credited for producing a show the treats the males in the cast the same as the women.  The nudity is not an expectation or a burden for the women alone. 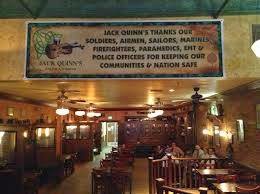 We stopped after the Sunday matinee at our favorite downtown watering hole:  Jack Quinn’s Irish Ale House and Pub.  Guinness, Killkenny, and Smithwick’s on draft, and a menu of English and Irish cuisine make Jack’s one of the best pubs in town.  Try the Pretzel & Guinness Sausage Kabobs ($7.50) appetizer.  They’re delicious (especially when dipped into the yummy mustard that comes with them), and you may find that you don’t need dinner after having the Kabobs.