This may date me somewhat, but watching Jerusalem reminded me of a concert I attended on August 3, 1967.  Few in the audience knew what to expect of a British band known as “The Who.”  For those who have never had the experience, The Who stood out from their competition by demolishing their instruments at the end of their signature song “My Generation."

I remember standing there, hardly able to believe what I had just seen.   My reaction to The Who's final number was similar to Tommy Smothers reaction here (advance the video to 3:40 to see the climax of the performance and Smother's reaction).  The stage was a shambles; a pall of smoke hung over the band.  There was, of course, no encore.

Cut to today at The Edge Theater and their jolting, smoking production of Jez Butterworth’s Jerusalem.  As the final scene went dark, I could hardly believe what I had just seen.  I was emotionally drained and shaking my head, stunned at the meltdown I had witnessed.  It was an unforgettable moment, just like The Who's final number at the Dane County Coliseum on August 3, 1967.

There are some things you should probably know before you spring for tickets to Jerusalem.

First, it’s not for everybody.  The characters are vulgar, crude, hard drinking, drug users and/or dealers.  They are sometimes lovable, but they are definitely not your typical hero types.  Seeing adults snorting a line of cocaine is provocative.  Teenagers snorting a line infinitely more disturbing.

Second, despite the subject matter, Jerusalem is also extremely funny.  Expect the profanities and the drug scenes, but be ready to laugh too.

Third, the cast is brilliant, but all the lines are delivered in heavy British accents.  The Edge has thoughtfully included two pages of British slang translations in the program.  I highly recommend that you read those two pages before the show starts.

Lastly, the events in Jerusalem revolve around the celebration of St. George’s Day.  Since this is a little known event on this side of the Atlantic, a typical British celebration is similar to a county fair, with a midway, food, and beer. The event is based on the Legend of St. George.  George lived in the third century AD, and legend has it that he happened on an unusual tradition in a Silene, Libya.  A dragon living in the local lake required the annual sacrifice of lambs and children.  St. George intervened and slew the dragon.

Jerusalem takes place in a small town in rural England, and the story unfolds on the day before St. George’s Day, and the day of the celebration.  Johnny (“Rooster”) Byron (a breakout role for Augustus Truhn) lives in a trailer in the woods, raising hell and selling drugs. Rooster is a former “Evil Knievel” type daredevil who has broken every bone in his body.  He is facing eviction; his trailer and campsite are eyesores for new housing developments going up on the edge of the woods.

Rooster is an unapologetic rogue who justifies his meager drug dealer income as a community service to keep his teenage customers safe.  Truhn’s performance as Rooster is flawless; he dominates the stage.  He can go from drunken bully to flawed father in a heartbeat.  He carries the story through the sheer weight of his performance.  Truhn’s Rooster is an invincible force of nature, always in total control of the chaos around him.  Casting him as Rooster was a coup for The Edge; he is the high octane fuel that careens Jerusalem off the road and into the wilderness.

There are 13 other actors on The Edge stage, none of whom shrink away from the task of working in the orbit of the dynamic Truhn.  John Brown (Ginger) is particularly notable in that regard.  He’s a capable foil for the volatile Rooster, standing up to him even when he’s physically threatened.  Brown skillfully uses his facial gestures to augment his lines, sneering, leering, and smirking at exactly the right moments.

Mark Collins (Wesley) also stands out as the drug addicted dancing pub owner who long ago lost his dignity.  Collins puts a likable veneer on Wesley’s dark side, but in the presence of Rooster, he acknowledges his demons and will do anything for whatever drugs he can score.

Rick Williams (Professor) has the gravitas to bring some academic and intellectual credibility to Rooster.  Williams is intoxicated and comatose for part of his performance; the other characters take him for dead.  However, he’s very much alive, and his performance makes him one of the funniest characters in Jerusalem.

It’s a large and very talented cast; I could go on about all of them.  Suffice it to say that every one of these 14 actors give director Warren Sherrill 100% of that talent.

Sherrill’s direction is focused and creative.  "Blocking" is the physical placement of actors for each line of dialogue; Sherill’s blocking includes actually hiding three actors on the stage in the first act.  When they suddenly appear out of thin air, one can’t help but realize how remarkably well Sherrill has thought out this production.  His touch is especially visible in a kissing scene between Rooster and his wife Dawn (Emily Paton Davies).  It’s awkward.  It’s forced.  The chemistry is lacking.  The audience senses that Davies is only tolerating the kiss; she pulls away, disgusted with Rooster.  Sherrill puts exactly the right touch on an important moment in Butterworth’s script.

Jerusalem is an “epic” production (the quote is from producer Rick Yaconis).  By that he means it’s nearly 3 hours long.  In his curtain speech, Yaconis tells the audience that it will be “the fastest 3 hours of your life.”  I think he’s right.  Sherrill’s pacing is furious; there’s not a wasted moment in the entire 3 hours.  There’s no lag, no drag, no pauses in the action.  Even the scene changes, requiring some shifting of props, are seamless.  Sherrill’s non-stop direction makes the running time seem shorter than it really is.

If I have any quibbles with Jerusalem, those quibbles are based on the script.  Three hours is very demanding of the audience; I think there were some efficiencies that could have been made with judicious edits.  It was also somewhat distracting to have new characters introduced late in the second act.

Butterworth has two messages here, if I correctly interpreted Jerusalem.  The first is that in some ways, we still sacrifice our children much like in the Legend of St. George nearly 2,000 years ago.  Second, we are prone to mistreat the rebellious (here, Rooster) when they refuse to conform to our expectations.  Both messages are valid, and Butterworth has painfully illustrated the consequences of both messages.  Those consequences are brutal and vivid in Jerusalem.

The Edge production of Jerusalem is first rate.  You may not find a better, more compelling piece of “edgy” theater for a very long time.  It’s not for everyone, but for those who are looking for a provocative, profound, and rewarding 3 hours of marvelous theater, look no further.  Book a trip to Jerusalem.  The one in Lakewood, not the one in Israel.  The Who no longer slam their guitars into amps at the end of the show.  Jerusalem may be the only way to recreate the sense of profound amazement you get when witnessing a spectacularly entertaining but decadent performance.

This show is appropriate for adults only.

As mentioned above, there are 2 pages of British slang translations in the program.  It is very helpful for understanding the script.  I highly recommend reading those two pages before the show starts.

There is free parking (off street) at the theater. 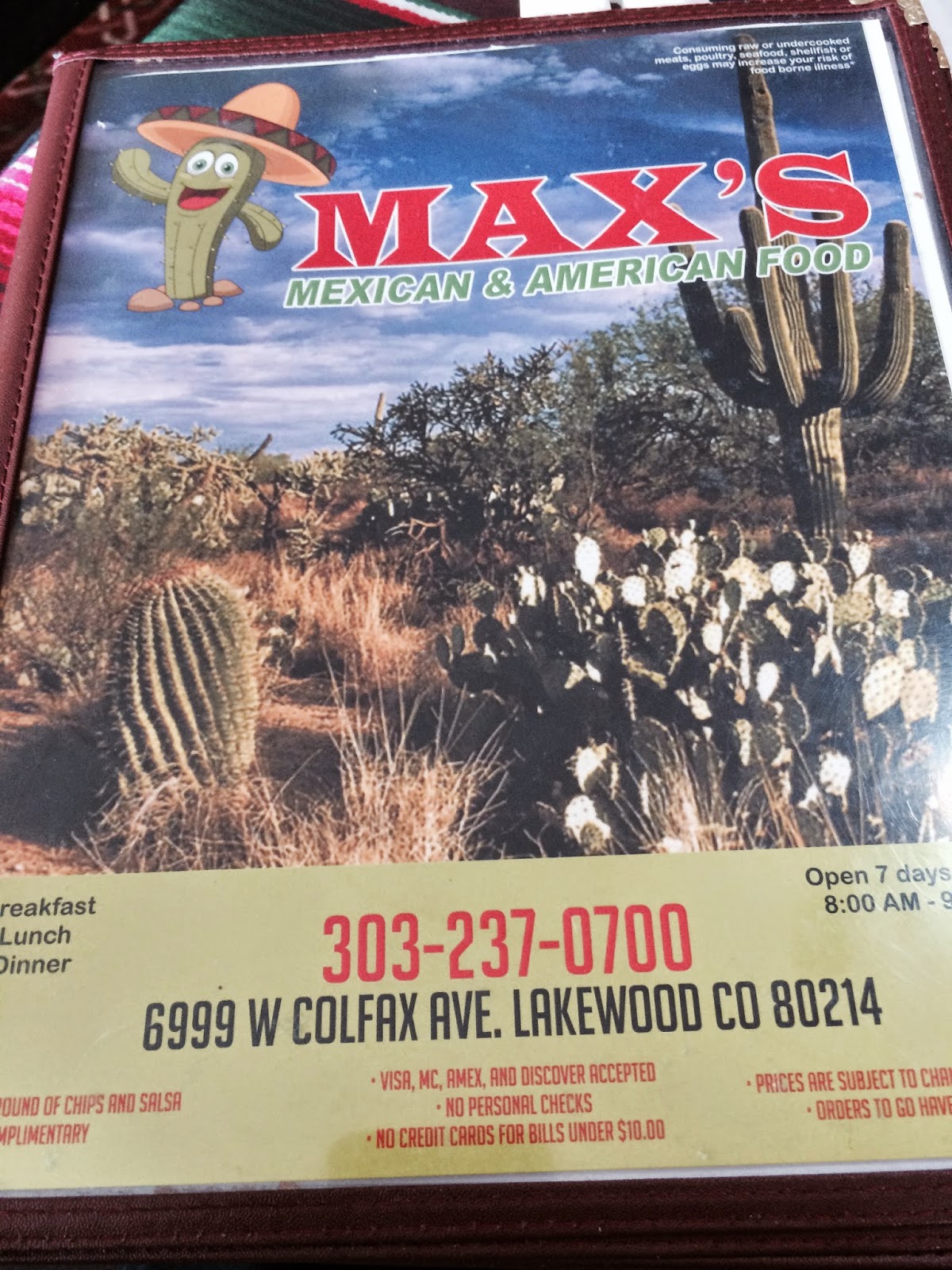 Max’s Mexican Restaurant at 6999 W. Colfax, is about a 3 minute walk from the theater (and no, you don’t have to cross Colfax to get there).  It’s a small family run Mexican restaurant frequented by locals. Nothing fancy, but authentic Mexican food and some burgers for the gringos.  The prices are reasonable; I walked in around 1:00 PM and asked if they still served breakfast.  They did.  I had the ham and cheese omelette for $7.00.  It comes with hash browns and toast; add a coffee and you can still get out for about $10.00.