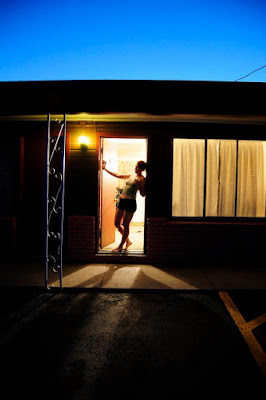 Good theater entertains us.  Great theater challenges us.  Devil’s Thumb’s production of “Bug” is one of the biggest theatrical challenges I have ever encountered.  Does that make “Bug” great theater?  You will have to answer that question for yourself.

“Bug” is a dark, depressing descent into paranoia.  During this excursion into insanity, you will endure physical violence, fighting, emotional suffering, drinking, drug use, murder, and a tumultuous, tragic conclusion.  You will be challenged; this show is not for the squeamish. 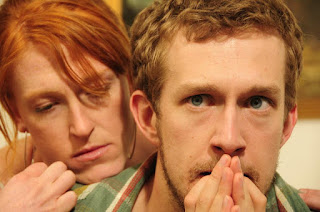 Graham Emmons plays Peter, the Gulf War veteran who has spent four years in a military mental hospital.  Peter introduces himself early in the first act by proclaiming that he is not “an ax murderer.”  That’s probably true, but it is ultimately not very comforting.  Peter cannot and does not live in the real world.  He is consumed by a perceived conspiracy of military doctors who have infected him with “bugs.”  Aphids.  Tiny, nasty creatures that get under your skin, lay eggs, and take over your body.

Emmons is completely convincing as a soft spoken, sensitive, and sincere victim of his war experiences, and his resulting insanity is equally convincing.  This is a physically and emotionally difficult role for any actor.  Emmons has mastered his craft.  He is a scary, convincing and ultimately tragic Peter Evans.

Kirsten Deane plays Agnes, the drug addicted loser who lets Peter live with her in her flea-bag motel room.  I don’t do spoilers, so I will just say that her performance is worth whatever you pay to see this show.  She makes the transition from troubled to insane before your eyes.  Her gradual retreat from reality is difficult to watch, but it is a performance that you will not easily forget.

Put Emmons and Deane on the stage with this strong supporting cast, excellent direction from Gregory Thorson, some outstanding fight choreography, and stunning makeup, and you have a recipe for the remarkable theater experience that Devil’s Thumb has served up for us.

Great theater challenges us.  “Bug” challenged me.  It disturbed me.  It made me uncomfortable.  But without taking anything away from the performances and production, it also made me angry.  “Bug” challenges the audience to endure the insanity, but it offers no reward for the effort.  The characters learn nothing from their experiences, and there is no “takeaway” for the audience.  This is not in any sense a criticism of the performance.  Rather, it is a criticism of a script that gratuitously provokes, shocks, and disturbs the audience.  In fact, I left the theater feeling somewhat used, even abused, by a self-indulgent playwright.

As inspired as this production is, I cannot give an excellent performance of an empty script a higher rating than I did below (3.75 on a scale of 0-5).  Feel free to disagree.  I’d appreciate any opinions you might have on “Bug.”  Comments are encouraged…

NOTE:  This is not a family show.  Be prepared for drug use, adult language, nudity, and graphic violence. 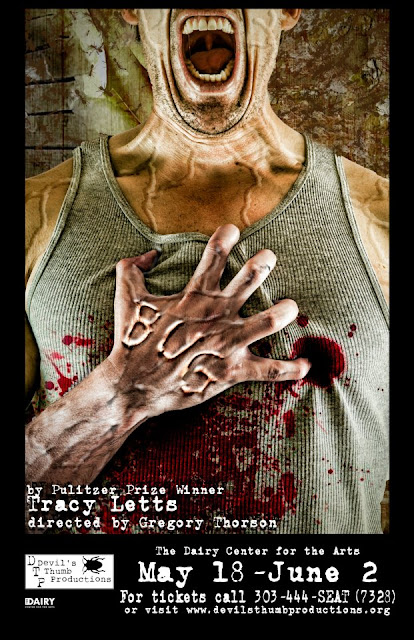