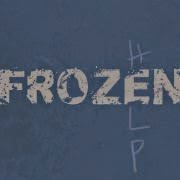 Frozen, the latest Equinox production at the Bug Theatre, is a dark, disturbing but thoughtful probe into "the Arctic frozen sea that is the criminal mind."  It boldly asks a jolting question:

Is murder, even mass/serial murder, a forgivable act?

If you don't have a knee jerk reaction to that question (to the effect you could never forgive someone who committed such a heinous act), don't worry.  You're (probably) normal.  Serial murder is so far beyond the bounds of civilized behavior that few would even consider forgiveness for a perpetrator.

Still, Frozen will ask you for forgiveness in the most repugnant circumstances, and make you question your initial reaction.

There are four characters here:

Rhona never appears on stage, because Ralph murdered her as she was going to her grandmother's house on an errand.

Agnetha (Mehry Eslaminia) delivers cold, clinical monologues about the mind of a mass murderer.  Her clinical studies have determined that in most cases, mass murderers cannot control their deviant behavior.  That behavior is not a "sin" but a symptom of the damage caused by brain injuries, neglect and abuse.

Eslaminia skillfully plays Agnetha the psychiatrist as a  confident, fearless professional, willing to stake out controversial positions to her peers and go toe to toe with dysfunctional, dangerous criminals.  Without skipping a beat, Eslaminia also plays Agnetha as an insecure, troubled woman whose personal relationships are far from optimal.  Eslaminia's delivery as the professional woman and the mucked up person are both gems.

Nancy (Paige Larson) is the grieving mother; we are heartbroken as we learn of the murder of her daughter.  Larson's portrayal is at times delicate, at times angry, and always just how we imagine we would react in her situation.  She brought a tear to my eyes several times.  Her suffering is contagious; you cannot see her performance and without being moved by the catastrophic loss of a 10 year old daughter.

Ralph (Kenneth Stellingwerf) is the demon on the stage.  He's the insane degenerate who brutalizes children before murdering them.  Stellingwerf is not just convincing as Ralph; he's so good he is actually scary.  His speech, his gestures, his gait, everything about him is evil incarnate.  It is difficult to believe that he is an actor who is not actually insane.  Stellingwerf is a newcomer to Denver audiences, but he won't be for long.  He has arrived with a bang...a very loud, insane, and stunning bang.

There's a very moving moment between Agnetha and Ralph in prison; it's a discussion of remorse.  Ralph doesn't understand it, and Agnetha tries to explain it to him.  Watch Stellingwerf closely during that discussion.  His eye contact, his gestures, his fidgeting are all convincing proof that he cannot understand, much less express, remorse.  Stellingwerf's performance here is central to the question whether he should be forgiven.  If he had a trace of remorse, he would be responsible for his crimes.  With no capacity for remorse, we understand that Ralph cannot control his repulsive impulses.

Colin Roybal (Director, Set, Light) and Deb Flomberg (Producer, Sound) have put together an explosive, disturbing, and triumphant production of Frozen.  The bottom line here is that this is a very powerful and very poignant production.  The subject matter is challenging, but you will be richly rewarded for enduring this serial killer and his unspeakable crimes.

Before leaving the subject, though, one last thought on this script.  Can we forgive the most heinous acts imaginable?  If we can, should we?

Frozen may not change your mind, but it will certainly provoke you, inform you, and maybe transform you.  After all, if a mother can forgive her daughter's murderer, can we hold a grudge for lesser infractions when we leave the theater?  Do we want to be emotionally "frozen" over real or perceived injustices?

Forgiveness is very powerful...for the forgiver.  It allows us to move on with our lives.

The seats in this theater need some work; you may want to arrive early enough to try several and find one that suits you.  Park in the lot at the NW corner of Navajo & 37th.

The Bug Theatre is one of the anchors for the Navajo Street Arts District.  There are a number of galleries within steps of the theater.  If you arrive 30-40 minutes before the curtain, you can browse some interesting new work before the show.

This show has adult language and content.  It is recommended for mature audiences only.