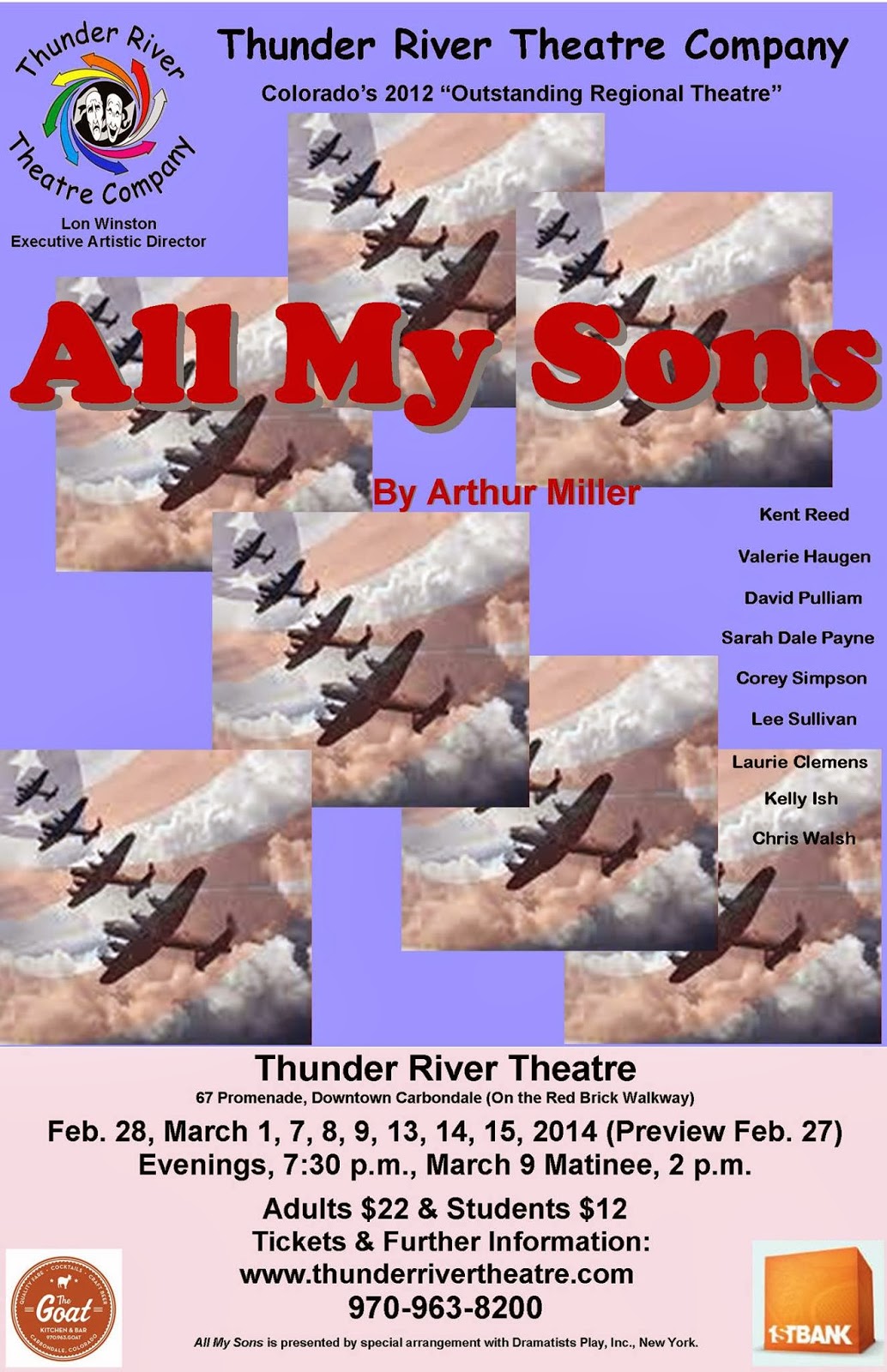 There is little debate; Arthur Miller is a giant of 20th century American theater and a Pulitzer Prize winner in 1949 for Death of a Salesman.  He won a Tony Award for All My Sons in 1947, his first Broadway venture, establishing himself as a serious playwright.  His work is still produced regularly more than 60 years later, proof of the timelessness and universal themes in his work.

Thunder River's production of All My Sons is a solid one.  Director Lon Winston obviously appreciates Miller's insight into some deep moral questions.  Winston's (and Miller's) characters hold up a mirror to each of us, challenging us to sift a meaningful message from the emotional debris we all have to deal with.

Miller's script sets up a complex moral dilemma:  are "family" values (providing financial and moral guidance to loved ones) more important than the "social" values we owe our fellow citizens?  It's a very real and relevant question, decades after Miller posed it.

To make the moral point, Miller's protagonist, Joe Keller, is a successful businessman whose plant made pistons for P-40 fighter planes during the war.  Keller allegedly (although never convicted of the crime) covered up defects in the pistons.  Those defects led to a number of P-40s crashing and killing the pilots.  Keller sees his coverup as protecting his family from the potential ruin of his enterprise.  Indeed, he asks, what else could he have done?

Joe's son Chris is convinced that such a coverup is not only a criminal enterprise (one he naively believes his father would never participate in), but is the moral equivalent of murder.
This conflict between the father (played here by Kent Reed) and his son (David Pulliam) is compelling theater.  The father is supposedly the older, wiser, and savvy patriarch; Chris is the naive, good hearted kid who wants to be universally liked.  Reed and Pulliam both bring their A games to the Thunder River stage.  Their physical confrontation in the second act is the inevitable result of the clash between the father's corrupted morality and the son's innocent idealism.  Reed and Miller's performances do justice to the power of Miller's script.

To illustrate the contemporary relevance of Miller's script, one need only look as far as current events.  General Motors (GM) has known of a defect in their automobiles since 2004.  Rather than report the problem or recall the vehicles, they did nothing for a decade.  In the interim, at least thirteen (13) deaths resulted from the defect.  GM's choice to neither report nor recall their vehicles is exactly the kind of moral failure Miller was focused on in his All My Sons script.  One wonders how the responsible GM executives can sleep at night, knowing that 13 of their customers died at their hands.

Thunder River gets a lot right here.  Powerful performances from the lead actors, excellent sound and lighting design, perfect period costumes, and a functional as well as beautiful set all combine for an entertaining and thought provoking experience.

Parking is abundant behind the theater, but it's not paved.  Watch for mud.  You may not want to wear your best shoes.  There is also ample on street parking.

This was my first time at the Thunder River facility.  It's a magnificent venue.  The company won the 2012 Henry Award for Outstanding Regional Theatre. 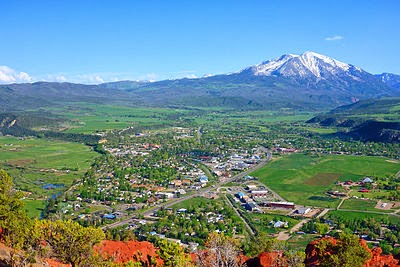 For those who are unfamiliar with Carbondale, it's a happening town at the base of Mount Sopris, on the road between two big Colorado tourist destinations:   Glenwood Springs and Aspen.  Think skiers, galleries, restaurants, and downtown townhouses as well as rural McMansions.

The Thunder River Theatre Company has an excellent motto:  "Not Just A Place, But Where It Takes You."  I don't doubt for a second that they are taking their audiences to some marvelous places.

It's not on the menu, but if you ask your server, you can get thin crust pizza as well as the standard thick version.  Their ingredient list includes one of my favorites that doesn't show up on very many pizza menus:  GREEN OLIVES!  They have about a half dozen beers on draft, and for St. Patrick's Day, you can get $3.00 shots of Jameson Irish Whiskey.  That, in my world, is a bargain. 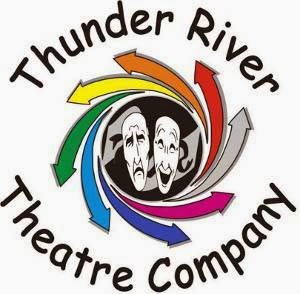