Playwright:  Tom Dudzick.
Venue:  Longmont Performing Arts Center, 513 Main Street, Longmont, CO  80501.
Company:  Longmont Theatre Company
Date of Performance:  Saturday, February 2, 2013
Running Time:  2 hours, 30 minutes (includes 15 minute intermission)
For those of you who don't remember the 1950's, you probably think it was a time of innocence, simplicity, optimism, and prosperity.  That's partly true, but not completely.  There were conflicts, Communism, the Cold War, a nascent Civil Rights movement, and a host of other social issues.  LIke any time in our history, it was more complicated than we may remember.
Over the Tavern takes us back to those days, and does so with a focus on the innocence and the fun of the period, but also with a revealing take on the forgotten realities of that period.
The play takes place in the Pazinski home, "over the tavern" the father operates.  With four kids, and a resident alcoholic grandfather, the budget is tight.  Chet Pazinski (portrayed at high volume by Greg Winkler) runs the tavern but is only marginally present as a father.  He suffers from "bad moods" which routinely terrorize the dinner table.  Chet's wife, Ellen (Krystal Jakosky) does her best to protect the family from Chet's rants.
The Pazinski family is Catholic, and the children attend Catholic schools.  That puts them in direct contact with Sister Clarissa (Marian Bennett), the stereotypical mean spirited nun who will rap your knuckles if you don't know your Catechism.
The four children are a motley but engaging crew.  Georgie (Ben Neufeld), who is "retarded," is endearing with a simple but adorable personality.  Annie (Montana Lewis), the overweight teen girl with no self esteem, is struggling with her transition in becoming an adult woman.  Eddie (Beau Wilcox) is the teen boy whose primary focus is magazines with naked women.

And that leaves us, finally, with Rudy (Peter Cabrera), the youngest Pazinski.
Cabrera is perfect in the "Rudy" role, giving us a mischievous, charming, and articulate foil to Sister Clarissa.  Rudy, it turns out, is not sure he wants to be confirmed as a "soldier for God."  Instead, he's shopping around for a more "fun" religion.  Rudy so confounds and frustrates Sister Clarissa that she actually has a heart attack.
Over the Tavern is a lot of fun; the laughs fly fast and furious throughout the show.  Despite those laughs, you never forget that there are serious issues here, including faith, abuse, and borderline poverty.  It's a serious message delivered with a big helping of humor.
There are four child actors here; all four are outstanding in their roles.  That said, though, it is Peter Cabrera's Rudy who nearly steals the show.  His performance alone is worth the price of a ticket.  He may be only eleven years old, but he's a pro when he walks on the stage.
The show is well done, although a flickering light on the set was distracting.  Those things happen, but that doesn't change the fact that Over the Tavern is a good time for the whole family.  It's a reminder for all of the us that the myths of the 1950s gloss over the unpleasant realities.  Raising kids is very hard work.  It doesn't matter what decade you do it in.

NOTES:
This show runs through February 9, 2013.  Suitable for the whole family.
Rudy/Peter:  Please keep looking for the "fun" in your life.  Too often we adults neglect to follow your example.
Purchase tickets here. 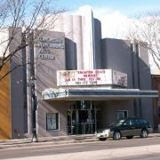