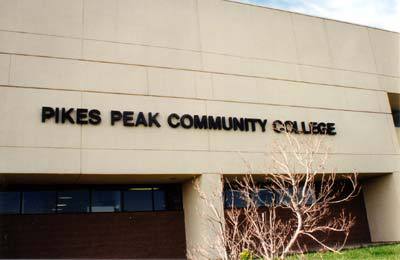 He served seventeen years in prison for a crime he didn’t commit. Monty has been exonerated by DNA evidence and released back into a world he hardly recognizes.  The transition is not going well.

Chad Beckim’s play After. is both funny and tragic as it follows Monty’s return to freedom.  That freedom is, in many ways, not much better than doing time in the Big House.  Looking for work, he uses the state of New York as his last “employer.”  Looking for a tooth brush in a drug store, he is dazed and confused by the endless choices.  Looking for a relationship with Susie, he ends up beaten and bloodied by her former boyfriend.  And at every turn, Monty is confronted by his accuser, desperately needing him to cure her guilt for sending him to prison.

One might think Monty’s predicament is a dramatic device for some interesting story telling.  It might be, but it also bears a striking resemblance to reality.  Innocent people really are sent to prison, and it happens more often than we realize.  Using DNA evidence, more than 340 people have been exonerated by The Innocence Project since it was founded in 1992.  Twenty of those freed were on death row.

To the extent we might like to think that this is an isolated problem, and that it “couldn’t happen here,” we would be wrong.  It can, and it does.  The impact on the accused is devastating.  The loss of confidence in the justice system is substantial.  And it is beyond disgraceful that an innocent man can be locked up for decades due to what is arguably misconduct by an elected official.

My point is that After. may be fiction but it’s based on the fact that “justice” is a relative term.   Not all who are accused get a fair shake.  Sometimes the reasons are economic, sometimes they’re racial, sometimes, as in Monty's case, they're evidentiary.  In the case of Clarence Moses-EL, the reasons just defy any rational explanation.

Released from this flawed justice system, Monty encounters many predictable challenges in his new freedom.  Beckim’s story telling is enhanced by his familiarity with the challenges facing convicts:

Beckim recalls living with a family in Harlem from 1999 to 2001. They had six children and the first two were products of the prison system.

“So, when you stop to think about it, a third of the kids did time,” he says. “It is scary and remarkable that the things I got away with as a white guy, my black friends didn’t get away with.”

Gabriel Espinoza-Lira plays Monty in this PPCC student production, and he does it with a convincing dose of depression, dejection, and rejection.  His Monty shuffles through his dilemma with a passive acceptance of his sorry state of affairs.  Espinoza-Lira plays Monty as not just an innocent guy who has been done a great injustice.  He adds layers of humility and unexpected cooperation to Monty.  He’s not looking for revenge or redemption.  He just wants to be left alone.

Chap (Anthony Cramer) is definitely one of Monty’s antagonists who refuse to leave him alone.  Chap is a priest who can’t help trying to ease Monty’s suffering and yet he can’t escape making it worse in the process.  Cramer is persistent; he wants Monty to speak to his accuser.  Monty has no intention of doing so.  Cramer injects enough ambiguity into his character to hide his motives.  One is never sure if he’s trying to help Monty or help his alleged victim.

Estephany Sedas plays Liz, Monty’s sister, who takes him in when he’s released from prison.  She’s generous but impatient, needing a quicker adjustment than Monty can make.  Alex Morgan (Eddie) is Susie’s “ex” boyfriend, but he is best described as a goon.  He traps Monty and pounds the daylights out of him for messing with his girlfriend.  Morgan is a convincing heavyweight.  I wouldn’t want to meet him in a dark alley.

The comic relief falls to Hossein Forouzandeh (Warren) and Pam Rodriguez (Susie).  Yes…that’s correct.  There’s comic relief in the midst of the injustice visited upon Monty.  Forouzandeh is the boss/co-worker at the doggy day care where Monty gets his first job.  The dog pee/poop jokes practically write themselves, and Forouzandeh serves them up with a side order of glee.  He’s at his best when he’s at his funniest.

Rodriguez is the ditzy drug store clerk who helps Monty pick out a tooth brush.  That’s a fairly simple transaction, but Rodriguez turns it into a major sporting event.  For some reason, she needs to tell Monty why she’s glad he doesn’t use Axe deodorant (link may be NSFW):

Not that Rodriguez is just hanging around for the comedy.  She has a bedroom scene with Monty that doesn’t go well.  The tension is palpable.  Rodriguez puts the awkward situation into clear focus.  For Monty, it’s deflating.  Pun intended.

After. has something important to say, and the PPCC production says it well.  Justice is not always delivered in equal quantities to all comers.

Still, there are some things I might have done differently with After.

1.  Warren and Monty play chess.  That requires a real chessboard and 32 small pieces. Those 32 small pieces are a huge challenge onstage.  It can be like a fire drill:  stop, drop, and roll.  The pieces didn’t stay where they belonged, and it was distracting.  Even offstage, it was very difficult for stage hands to move the board and chess pieces in the dark.  I heard several pieces hit the floor and roll backstage.  It didn’t have to be this way.

2.  Costumes were not credited in the program.  If the costumes are out of the actor’s own closet, that’s fine.  Here, though, there was a commendable effort to put the actors in appropriate clothing.  Specifically, Warren and Monty had matching doggy day care work shirts.  Susie had a CVS logo on her pharmacy outfit.  Let the audience know who gets the credit.

3.  Set design was not credited in the program.  It was a fairly basic set, but recognizing the work is important.

4.  Perhaps the costume or set design credit was included in the “Special Thanks” category in the program.  One can’t tell what the contributions were for the twenty or so entries in this category.  Sets and costumes are integral parts of the production, and deserve specific credit.

OK…I agree.  These are some minor quibbles.  That’s because After. was well done overall.  Given that it’s a student production, I wouldn’t have been surprised at a few dropped lines, some missed cues, or blocking problems.  Those mistakes were noticeably absent.  That’s a credit to Director Sarah Shaver and the entire cast.  Rehearsal is hard work, but it pays off.

I’ve mentioned some items that were missing from the program, so I’ll also mention something I was very pleased to see included there.  The Cast Bio for Estephany Sedas says this:  “it is in the great interest of the public to bring awareness of this subjects (sic) to the people.”  I agree 100%.

Theater is entertainment, but it is also a force for change.  A wise theater mom once told me she reminds her son from time to time that “every audience will include someone seeing their first play, and someone seeing their last play.”  Both of those people deserve your very best effort.

Your performances will make a difference to someone in the audience.  You may never know how or why.  But remember, when the lights go up and the show starts, you are creating an experience for 10, 20, 50, or even 100 people who will never forget what you did on that stage.  The pay may not be great, but changing lives is priceless.

For more information on justice for those wrongly convicted, see here, here, and here.

For more information on the exoneration of Clarence Moses-El, see here and here.

For more information on the death penalty and innocence, see here and here.