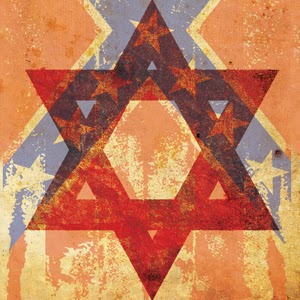 It's difficult to overstate the power of Matthew Lopez's Civil War drama The Whipping Man.  It's a disturbing, disorienting look at war, race, religion, and slavery that is remarkably relevant nearly 150 years after the Civil War ended.
It is equally difficult to overstate the power of Curious Theatre's current production of The Whipping Man.  Curious is known for its dynamic and edgy productions, but The Whipping Man is a cut above even Curious' consistently excellent offerings.  It's a provocative, perhaps life changing, experience for all who see it.
The story covers a few days in April, 1865, at the once magnificent, but now looted, Richmond Virginia home of Caleb DeLeon (Sean Scrutchins).  It opens as Caleb, a confederate soldier comes home after surrendering to the Union forces at Appomattox.  The home is in ruins, as is Caleb.  His life is in jeopardy; he has an untreated bullet wound in his lower leg.  He is greeted and treated by Simon (Cajardo Lindsey), an elderly house slave who is now the only occupant of the dilapidated house.
Caleb and Simon are joined by John (Laurence Curry), a younger slave who has been on a looting binge.  There is no food in the house (forcing Simon to butcher and cook Caleb's dead horse), but John's looting provides enough whiskey to treat Caleb's gangrenous leg while simultaneously keeping him drunk enough to tolerate the pain.
All three characters are Jewish, and Passover is imminent.  In a poignant irony, Simon prepares a Seder to celebrate the Passover, despite there being very little to celebrate.
Watching Cajardo Lindsey's Simon is like time traveling.  Lindsey is a walking, talking house slave from the old South of 1865, and he is pitch perfect at every turn.  He masters the shuffling gait of the tired old slave.  He speaks with the sing song delivery of slavery's slang.  And he sings.  Acapella.  Beautifully.  Lindsey is a very accomplished actor at the top of his game.  The Whipping Man is abundant proof that he's in a very small but elite group of Denver's finest performers.

Sean Scrutchins delivers his second outstanding performance on the Curious stage.  His first, as Daniel Reeves in Bill Cain's 9 Circles, won him the Henry Award for Outstanding Lead Actor, and he will likely win more awards for The Whipping Man.  Like his role in 9 Circles, Caleb in The Whipping Man requires him to communicate the emotional and physical pain of war.  He does so with a disturbing degree of detail.  If you don't squirm in your seat watching him in the first act, check your pulse.
Scrutchins opens the second act, reading Caleb's letters to his lover from the combat at Petersburg.  As he describes his miserable existence ("we live in trenches, in a putrid mix of water, excrement, and blood") you will squirm a second time in your seat. You may never experience a better description of the trauma of combat, and few could deliver that description better than Scrutchins.
Laurence Curry (John) perfectly embodies the paradox of emancipation.  After a lifetime of slavery, how does one transition into freedom?  He asks the unexpected but obvious question:  "What am I supposed to do?"  The answer is not as simple as it would seem.
The direction team of Kate Folkins and Chip Walton keeps the action tight and the performances focused.  The sound design (Brian Freeland) is superb; the entire play takes place during thunderstorms.  Ever present rain and thunder enhance but don't disrupt the action on stage.  Markas Henry's set is magnificent, as are his authentic Civil War era costumes.  Simone Betkowski's makeup is central; she has carefully crafted some ugly physical wounds for her characters.
The Whipping Man is "must see" theater; it ranks among the very best work I have ever seen on a Denver stage.  It's one of those rare shows that will stay with you long after you've gone home.


Caleb:  Sean Scrutchins
Posted by Bill Wheeler at 11:16 AM