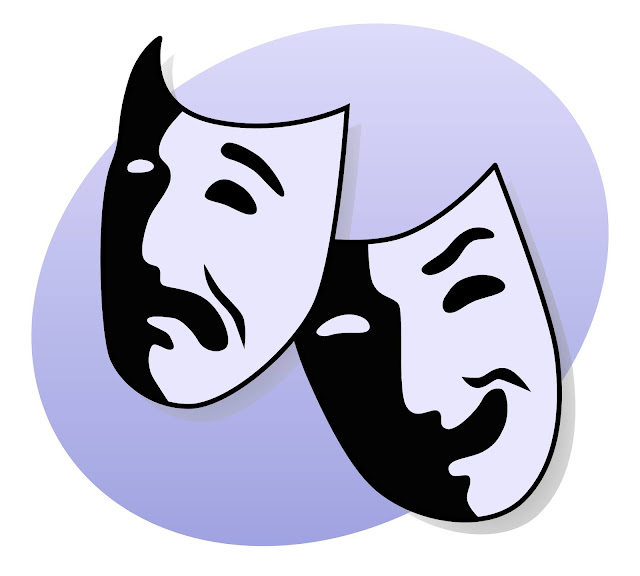 I thought I was pretty plugged in to the Colorado Springs theater community.  I was wrong.

Somehow Thespiana 2016 got by me…it happened last February 27-28 at the Cottonwood Center for the Arts.  Thespiana is a new play festival of sorts, drawing most of the entries from The Drama Lab, which is calling itself “the best little playwriting group in Colorado Springs.”

I missed the Thespiana 2016 play readings, but I’ve already calendared the 2017 version (with five brand new plays) on February 25-26.  Tickets will be available after December 1.  Both dates will be the same scripts; the Saturday show repeats on Sunday.

This early notice may be helpful; the 2016 event packed the Cottonwood with two sold out performances.  Not bad for a “little” playwriting group event with just "word of mouth" advertising (and some email blasts to friends and acquaintances and a couple of radio interiews).  It was listed as a Facebook event, but it never hit my Facebook page.  I think the Cottonwood seats about 75 per show, so it’s impressive that about 150 people turned out for new work by local playwrights with virtually no advertising.

I met recently with Chuck Cabell and Jeff Schmoyer (both of whom had works featured at Thespiana), to discuss their goals for the 2016 event, as well as their plans for 2017.  “There are two goals for Thespiana,” according to Cabell.  “One is to bring focus and attention to local writers, directors and actors, and the second is to have fun.”  The 2016 event was a roaring success for both goals.

The 2017 event is already coming into focus.  According to Chuck and Jeff, the new works have already been selected.  Chuck will be the producer again this year, and will have an entry in the program, as will Jeff.  In addition, plays will include work by Warren Epstein, Phil Ginsburg and the team of Mark & Lauren Arnest,.  The directors will be named in the near future.  The readings will be rehearsed and feature local actors.  Just so you know…one of the goals at the next event will be the same as last year:  HAVE FUN.

Heads up to all who are interested in writing, producing and seeing new work.  Thespaiana 2017 is headed your way.  I’ll update this post with additional information as it becomes available.
Posted by Bill Wheeler at 11:34 AM